Grosjean Happy with Friday Performances after ending Best of the Rest 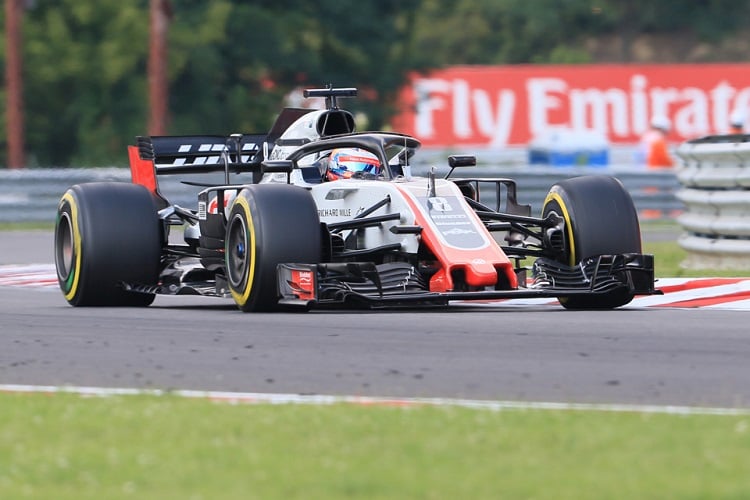 Romain Grosjean finished seventh in both free practice sessions at the Hungaroring on Friday, with the Haas F1 Team racer feeling pretty positive about the potential of his VF-18 this weekend.

The Frenchman was best of the rest in both sessions behind the leading three teams, with his best time coming in the afternoon session of 1:18.065, 1.231 seconds off the pace of session topper Sebastian Vettel.

Grosjean feels the short run pace was good but there is still work to be done in order to be more competitive in the longer runs, and he hopes to use Saturday’s running to further improve the car ahead of Sunday’s twelfth race of the season.

“We did most of our program today,” said Grosjean, who finished sixth in last weekend’s German Grand Prix for only his second top ten result of the year.  “This morning we had a problem with the car and we lost some time in the run, but after that we got the best information we could from the other car and it’s been a good afternoon.

“The gap with P8 on new tyres was pretty good to see and in race pace we can still improve a little bit, so that’s what we’re going to be looking at to get good on Sunday.”

Grosjean says it is important for the team to focus on the remaining ten races of the season rather than focusing on the past as they bid to claim fourth place in the Constructors’ Championship for the first time in their short history of being in the sport, starting this weekend in Hungary.

“Our aim is to do as well as we can from now on and look to the future, not the past,” said the Frenchman.  “We’ve got 10 more races, so we’ll try to make them good.”