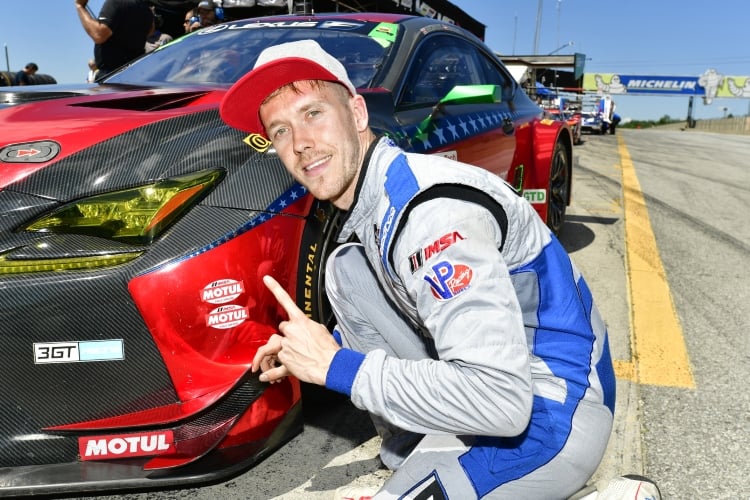 It was the second consecutive GT Daytona (GTD) class pole for Hawksworth in the #15 3GT Racing Lexus RC F GT3 co-driven by David Heinemeier Hansson, with the duo also starting last weekend’s Sahlen’s Six Hours of The Glen from the front of the class grid. His other pole came at the Mid-Ohio Sports Car Course in May.

“We knew this would be a track that really suited us,” said Hawksworth. “It’s almost designed for our car, this type of track. We knew we were going to be strong. I’m pleased with how well we’ve been performing this whole week. We’ve been fast since the moment we came off the truck.”

The Lexus front row sweep fittingly comes one year after the manufacturer scored its first GTD class pole with Sage Karam at the wheel.

Series points leader Bryan Sellers qualified third in the #48 Paul Miller Racing Lamborghini Huracan GT3 co-driven by Madison Snow with a lap of 1m:16.386s. With six races remaining in the WeatherTech Championship season, a heavyweight title fight is now developing between Sellers and Snow and the #86 Meyer Shank Racing Acura NSX GT3 of Katherine Legge, who is co-driving in Sunday’s race with Alvaro Parente.

Sellers and Snow have finished on the podium in every race this season, but still only sit one point ahead of Legge who has finished second or better in four of races. Parente will roll off the grid sixth Sunday in the sixth position.