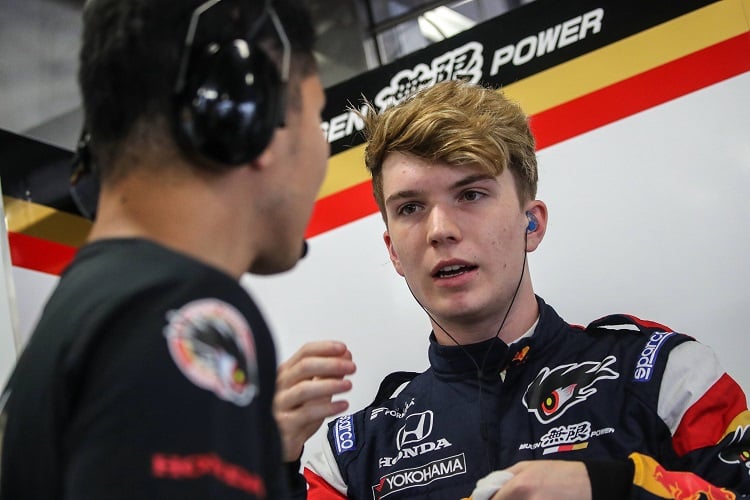 Christian Horner says it is ‘slightly odd’ that Daniel Ticktum has been barred from running in the post-Hungarian Grand Prix test due to the current Superlicence regulations applied by the FIA ahead of the 2018 season.

Ticktum has been linked with a possible promotion to Formula 1 next season with Red Bull Toro Rosso Honda but has been prevented from testing with them at the end of the month due to a lack of Superlicence points to his name.

A driver needs fourteen points to qualify to test, twenty-five to run in a free practice session, and forty to race, but at this time Ticktum only has two points, both of which expire at the end of the season as they came from his MSA Formula campaign of 2015.

However, Horner, the team principal of Aston Martin Red Bull Racing, has questioned the regulations as Ticktum has shown himself to be a talented driver, winning the Macau Grand Prix at the end of 2017, and is currently winning races in the FIA European Formula 3 Championship.

“I think it’s slightly odd that you’ve got a driver that’s won Macau and been winning races in Formula 3 this year but can’t drive at a young driver test,” said Horner to Motorsport.com.  “That needs looking at.

“I think it’s something the FIA are considering, when there are drivers who have arguably achieved less that are able to compete.”

Horner wants Ticktum to put the disappointment of missing the test to the back of his mind and concentrate on attacking in the European Formula 3 championship and going for the title despite racing for Motopark against a raft of Prema Theodore Racing drivers.

“Dan’s priority and focus is to try and win that Formula 3 championship, which he’s got a great opportunity to do this year,” said Horner.

“He’s an extremely quick driver, he’s not in the lead team, and I think he’s rebounded extremely well and learnt some life lessons following his difficulties in Formula 4 and the subsequent ban.”

With Ticktum unavailable, driving duties at the Hungaroring will again go to current Blancpain GT Series racer Jake Dennis, who also drove in the post-Spanish Grand Prix test in May, and has been doing some excellent work behind the scenes with the Red Bull simulator in Milton Keynes.

“Jake Dennis will drive the car for us again in Hungary, as he’s doing a very good job with the simulator work that he’s been conducting,” said Horner. “He’ll fulfil the young driver role for us there.”