IDEC Sport On Pole At The Red Bull Ring 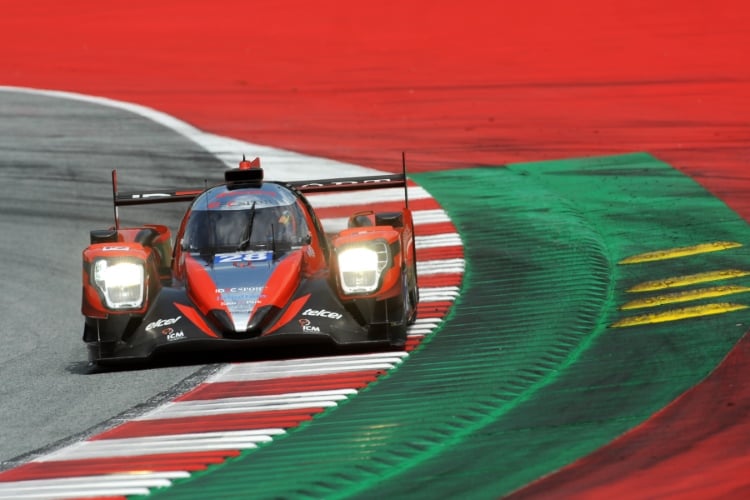 A frantic qualifying session for the 4 Hours of Red Bull Ring saw all three classes finishing with the narrowest of margins.

Paul-Loup Chatin secured his second ELMS pole of the 2018 season for IDEC Sport, the third pole of the year when including the 24 Hours of Le Mans last month.

The 2015 ELMS Champion snatched the top spot with a 1m19.246 on his last flying lap to finish ahead of the #29 Duqueine Engineering Oreca of Nicolas Jamin by just 0.019s. The top five cars were separated by only three-tenths of a second and the top eleven by less than one second.

In the LMP3 category, Mikkel Jensen looked to have secured the class pole in the #9 AT Racing Ligier-Nissan at the chequered flag. Jensen posted a 1m26.408 lap, 0.111s ahead of Mathieu Lahaye in the #17 Ultimate Norma-Nissan, with the #19 M.Racing-YMR Norma of 17-year-old Lucas Légéret in third, just 0.175 from pole.

Unfortunately, Jensen was judged to have exceeded track limits during his fastest lap and the time was removed, dropping the Dane back to 6th place and promoting the #17 Ultimate Norma to pole position.

As with the LMP2 category, the competition in the LMP3 class is very tight with the top ten cars covered by just 0.8 seconds.

Reigning LMGTE Champions JMW Motorsport will start from the front row of the class grid in the ELMS for the first time since Hungary in 2013 thanks to a 1m28.827 lap set by Miguel Molina in the Ferrari F488 GTE.

The Spanish driver’s time was just 0.098s faster than Matteo Cairoli in the #88 Proton Competition Porsche and 0.140s ahead of Andrea Bertolini in the #83 Krohn Racing Ferrari.

The 4 Hours of Red Bull Ring will take place tomorrow, Sunday 22 July, with the race due to start at 12h00 CET.