Renault “did well” to get into Q3 – Nico Hülkenberg 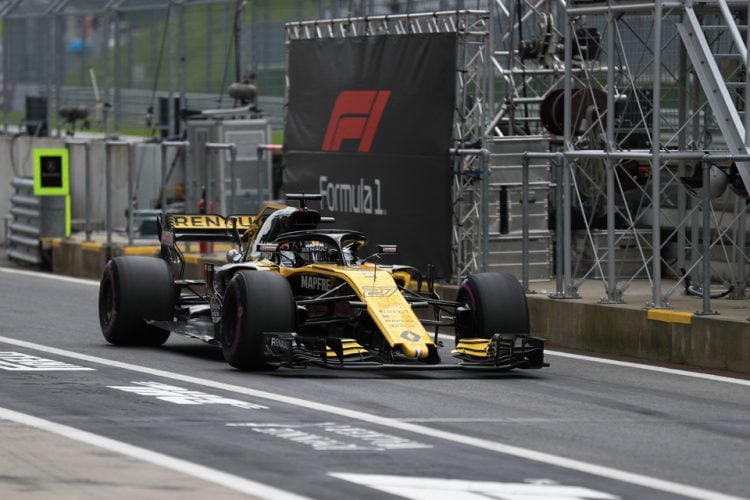 The Renault Sport Formula 1 Team “did well” to advance to the Q3 pole position shootout at the Austrian Grand Prix, according to driver Nico Hülkenberg.

Although both Hülkenberg and team-mate Carlos Sainz, Jr. advanced to the final segment of qualifying at the Red Bull Ring, they were the slowest of the 10 cars that took to the track, with Sainz, Jr heading the all-Renault fifth row in ninth.

“I’m not so happy with qualifying, ” said Hülkenberg. “We did well to get into the top 10 today, so I’m hoping for better in the race tomorrow.”

Renault has known since pre-season testing that it has high-speed deficiencies in its RS18 chassis, and given the nature of the circuit, to get both cars into the shootout session notes at progress by the Enstone team in developing new parts for the car.

Sainz, Jr. noted that Renault had overcome its “main limitations” from Friday practice but Hülkenberg still feels that the balance of the car is an issue ahead of the race.

“It’s a short track here, and if you don’t have a good balance with the car it’s difficult to extract all the pace over one lap,” he said.

“We’ll be aiming to look after the tyres tomorrow, as 71 laps is going to be pretty gruelling with so many corners. There’s a lot of energy going through the rubber, so we need to be smart during the race.”

Both drivers will start the race on the ultrasoft tyre after setting their fastest lap in Q2 on the purple-striped tyre.