The last five events of the 2018 FIA World Rallycross Championship will bear witness to a fantastic fight for second place in the Drivers Championship and the 2018 World RX of France will be the first chapter in this story.

For Andreas Bakkerud, one of five drivers in the fight, the goal for this weekends eighth round of the series is very clear. The Norwegian driver wants to get back on the podium and close the gap to both Sebastien Loeb and Timmy Hansen who are both tied for second place. 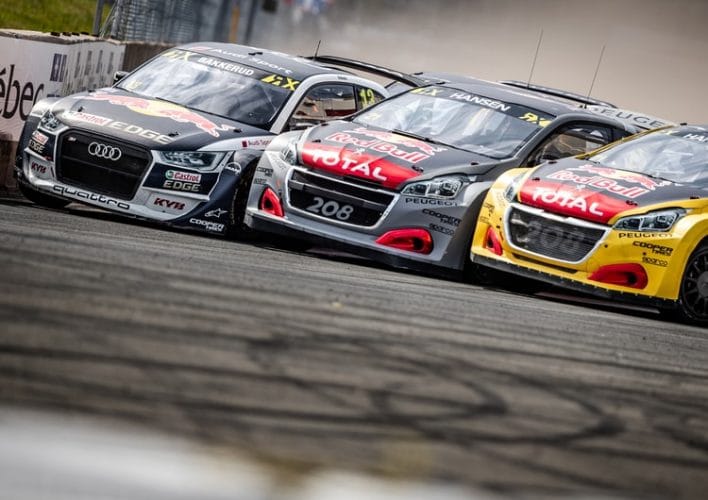 Bakkerud will take the fight to the Peugeot drivers for a podium on their home turf. Credit: Petr Sulcik / Audi Sport

Bakkerud loves his rallycross and is looking forward to what will be one of the biggest World RX events on the calendar this season with over seventy thousand fans expected to turn out.

“Lohéac is one of the biggest events of the year on the race calendar with sheer rallycross action galore,” said Bakkerud. “Whenever so many fans turn out at the track this gives me an additional motivation boost.”

With regards to the previous track record at Loheac for the EKS Audi Sport driver, Bakkerud’s is one of success and podiums. 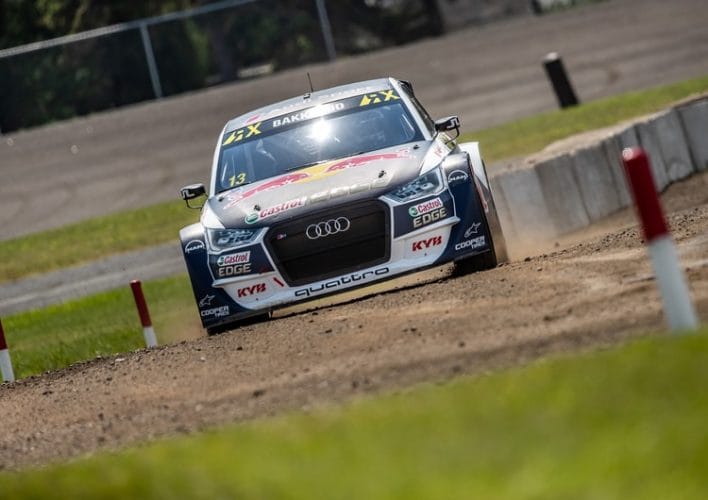 Bakkerud is aiming for a return to the podium in Loheac. Credit: Petr Sulcik / Audi Sport

In 2016, he guided the iconic Ford Focus RS RX to second place and is hopefuly of repeating his podium feat once again this weekend. With several podiums already to his credit in Spain, Great Britain and Sweden another podium is quite possible.

“I’ve always done well on this track, following my misfortune in Canada I definitely want to be back on podium,” the EKS Audi Sport driver declared.