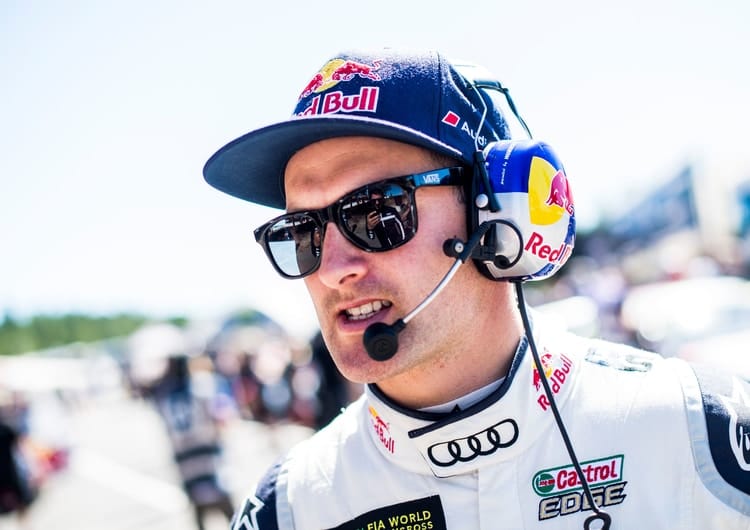 The 2018 World RX of Canada marks the start of the second part for this years FIA World Rallycross Championship and Andreas Bakkerud is looking forward to getting back into the action.

The Norwegian driver has arguably been the better of the two EKS Audi Sport drivers so far and the Trois-Rivieres street circuit is another circuit that he is looking forward to racing at.

“Even so, I haven’t really unlocked all the track’s secrets, confirming my speed from the season’s first six races in Canada will be no mean feat,” explains Bakkerud

“After a four-week break, I’m now all fired up again to contest another race. I know that EKS has always been fast at Trois-Rivières.”

With the tight and twisty nature of the circuit including the fast start/finish straight where the cars will reach over one hundred and twenty miles per hour, Bakkerud is already aware of the pedigree that EKS Audi Sport has shown there previously.

Bakkerud is eager to get underway again in the 2018 World RX of Canada. Credit: Jaanus Ree/Red Bull Content Pool

With Championship leader Johan Kristoffersson already holding a forty point advantage where thirty points can be scored for a perfect weekend, Bakkerud is already aware that he will need to deny the PSRX Volkswagen Sweden driver at the remaining events.

Following a consistent run over the opening half of the season, the EKS Audi Sport driver is Kristoffersson’s closest pursuer in the points table. Bakkerud has made the final in every event so far and taken a trio of podium finishes. He also finished in second place at Trois-Rivieres in 2016, so knows there is a good chance of a repeat in his current form.