Red Bull’s Christian Horner: “There wasn’t enough time to pit and refuel for another run” 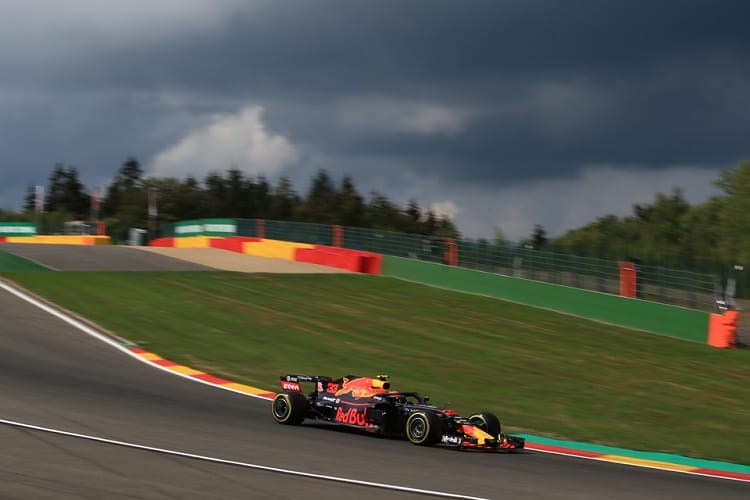 Christian Horner admitted Aston Martin Red Bull Racing were caught out in the top ten shootout at Spa-Francorchamps on Saturday afternoon, as a lack of fuel and time prevented either Max Verstappen or Daniel Ricciardo from bettering seventh and eighth on the grid.

When track conditions were at their best, both Red Bull drivers had already returned to the pits as they had not fuelled up either RB13 enough to circulate right until the end of the session, meaning the likes of Esteban Ocon, Sergio Pérez and Romain Grosjean were able to exceed expectations and qualify inside the top five.

Horner says the shuffled-up grid should produce an exciting race on Sunday, and he hopes both Verstappen and Ricciardo can move up the order and secure good points for the Milton Keynes-based squad.

“We progressed through Q1 and Q2 without incident and then for Q3 the rain was in the air but the question was how much was going to come,” said Horner.  “All cars left the pits on slick tyres with all bar Force India electing to pit at the end of the out lap.

“We had enough fuel in the cars for a couple of laps, thereafter with the rain looking like it was going to get worse, we elected to turn the cars round quickly and get back on track as soon as possible.

“Both drivers did a great job setting third and fourth quickest laps at that time but unfortunately there wasn’t then enough time to pit and refuel for another run. With the circuit improving as the rain held off P7 and P8 were the end result but this should produce an exciting race tomorrow.”