Sauber Chairman Pascal Picci: “It is our ambition next year to be the fourth team” 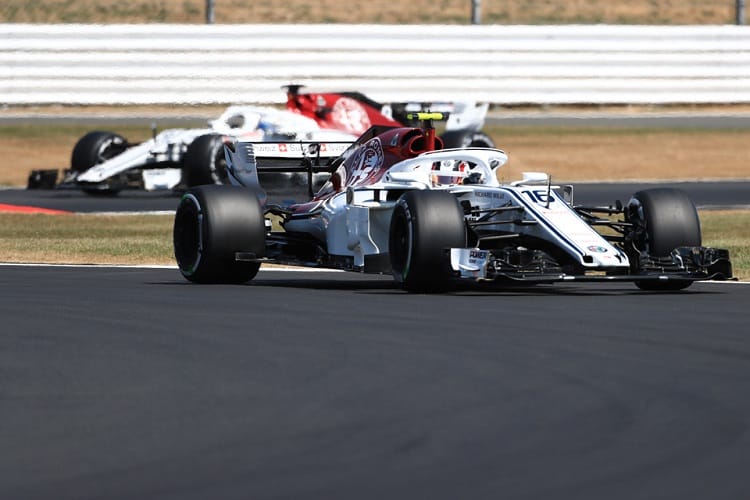 Pascal Picci says his Alfa Romeo Sauber F1 Team have big ambitions for their future and are aiming to finish inside the top four in the Formula 1 Constructors’ Championship as soon as 2019.

The chairman of the Hinwil-based team has watched as Charles Leclerc and Marcus Ericsson have scored eighteen points in the opening twelve races of 2018, a vast improvement on 2017 where only five points were score throughout the whole year.

The best result was for Leclerc in Azerbaijan where he finished sixth, while both drivers scored points in the Austrian Grand Prix, the first time since the 2015 Chinese Grand Prix that they were able to achieve that feat.

Picci says that the motivation to succeed is in full flow at Sauber and having such dreams as to improve so much so to be the fourth best team on the grid are realistic, even if his team principal, Frédéric Vasseur, says otherwise.

“This is the first car that we were able to produce,” said Picci to Motorsport.com. “The concept was fantastic, and you will be seeing that there will be improvements more and more frequently, regularly.

“It is our ambition next year to be the fourth team. This is our ambition. I know I exaggerate, Fred is telling me that I am! But if you don’t have dreams, then you don’t succeed very often.

“We are really at our own pace, which was our view from the start. We are totally committed to success, and we will do anything for this.”

Picci says the mistakes of the previous management team, led by Monisha Kaltenborn who approved a deal between Sauber and Scuderia Ferrari to use a year-old engine in 2017, makes the progress even more pronounced in 2018.

However, judging the team’s results against the other Ferrari-aligned team on the grid – the Haas F1 Team also have a partnership with the Italian manufacturer and have scored sixty-six points in the same timeframe – proves there is still work to be done.

“People keep forgetting that last year we couldn’t develop anything at all, because time was very short,” said Picci. “Of course, people made the wrong opinion with what they were seeing last year. It is a big difference.

“Was it a good decision to have the old engine last season? I am very clear today with my experience, it was a terrible mistake we did.

“All of a sudden we have a better performing engine. Haas is doing a much better job than us in terms of results, but we keep pushing to be there.”

Sebastian Vettel: “We are not very competitive at the moment”

Bottas leads a Mercedes 1-2 in first practice at the 70th Anniversary...

Grosjean Left Frustrated by British Grand Prix Result: “I drove to the...