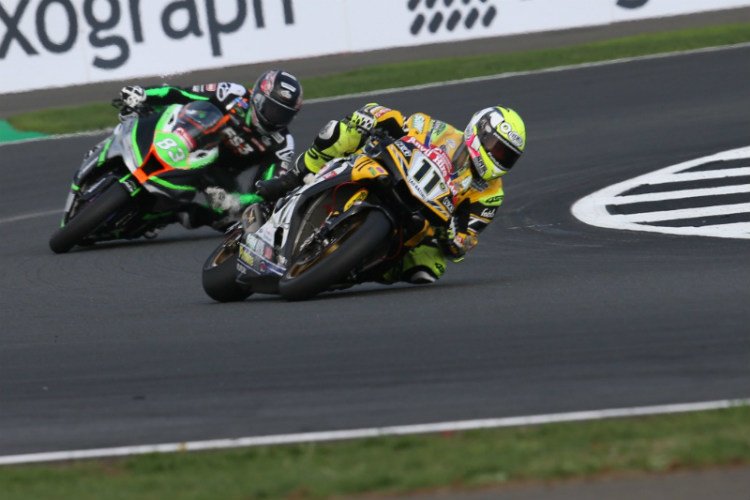 James Ellison hopes he can give his fans something to shout about this weekend (Credit: Bonnie Lane)

James Ellison is hoping to give his fans something to shout about this weekend as he returns to Oulton Park with the Anvil Hire TAG Racing team.

Ellison is determined to make a return to the podium at his home circuit, following another difficult weekend at Silverstone last week. In the triple header, Ellison would crash out of the opening race, before securing 13th in race two and 11th in the final race.

The 37-year-old has enjoyed success at Oulton Park in the past, and feels the improved rear linkage the team has worked on will help with rear grip issues he has been suffering with all season. He said

“I’m looking forward to getting back out on the bike at Oulton Park, it’s a great track and I want to be able to give my fans and the team something to shout about. Silverstone was a tough event for us but that is behind us now and I’m fully focused on having a good round here.

“Oulton Park will suit our bike well, we’ve seen that in the past and I believe this weekend will not be any different. After Cadwell where we tried the new link that the team worked on we felt it would work well at Oulton because of the undulations the circuit has, because it did improve our performance and the way the bike worked at Cadwell.”

When the Bennetts British Superbike Championship visited Oulton Park earlier in the season, Ellison finished 11th in race one and 12th in race two. In what is his final year in British Superbike, Ellison acknowledges that he needs to turn things around and have a positive end to the season. He added:

“I want to have a strong end to the season, the team nor I should be where we are and they’re all working so hard the results aren’t showing in any way the effort we are putting in, but I’m confident that will change this weekend.”

Datatag Extreme Qualifying takes place on Saturday from 16.00, with the two races scheduled to take place on Sunday at the slightly later times of 13.35 and 16.35 respectively.