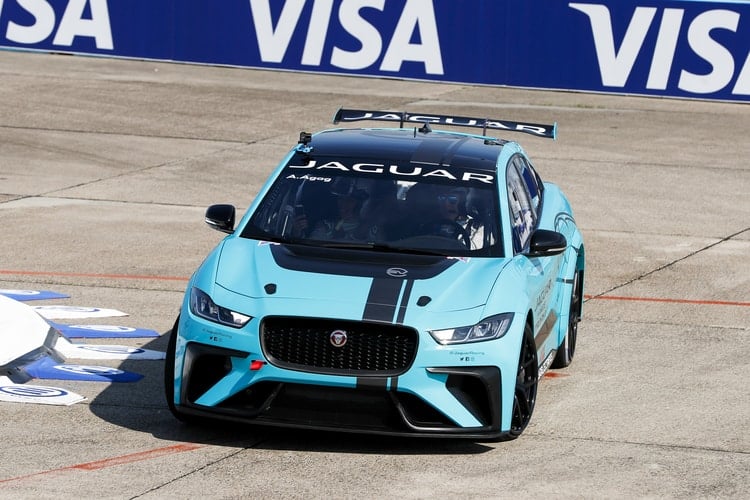 The full 10-race calendar for the inaugural season of the Jaguar I-Pace eTrophy has been been revealed, which will act as the support series the 2018-19 ABB FIA Formula E Championship.

The calendar will start in Riyadh on 15th December, alongside the season-opening round of the Formula E season, before heading to Mexico City on 16th February 2019, followed by races in Hong Kong and Sanya in March. Then, the calendar joins all the Formula E rounds in Europe except Switzerland, which is anticipated to move to Bern after the Zurich round has been scrapped for next year. The first season is then concluded with two races in New York City on 13th-14th July 2019. The full calendar can be seen in full here.

The races will take place before the main ABB FIA Formula E race on the same city street circuits throughout the 2018-19 season and beyond. This series will offer teams the opportunity to showcase driving talent and electric performance in some of the greatest cities in the world.

The races will take the format of 25 minutes plus one lap, following practice and qualifying sessions in the build up to each race. Jaguar plan for each race to feature a VIP entrant, with famous faces from the world of motorsport and beyond set to take part.

At the launch of the calendar in Coventry yesterday, Marion Barnaby, Championship manager of the Jaguar I-Pace eTrophy said: “Seeing Jaguar I-PACE eTROPHY race cars line-up on the grid in December will be a proud and historic moment for Jaguar, and spectators can expect plenty of action from the races.

“As we travel to some of the world’s most exciting cities, we’ll be bringing a new kind of electric street racing to the public and inspiring the next generation of electric vehicle owners.”

Prior to the first race in Saudi Arabia, the teams will travel to Silverstone at the end of this month for the first pre-season test ahead of the inaugural season. However only one team in Rahal Letterman Lanigan Racing Team have confirmed their entry, fielding Katherine Legge and Bryan Sellers as their two drivers.