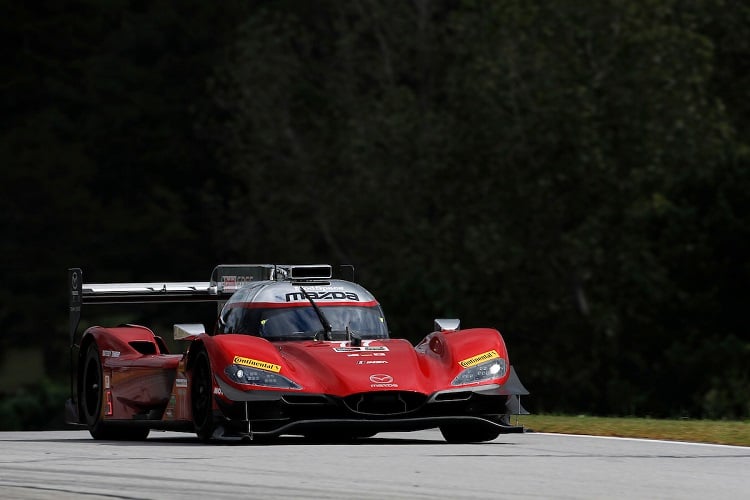 The #2 of Nato, Ryan Dalziel and Scott Sharp edged out the sister #22 of Luis Felipe Derani, Johannes van Overbeek and Timo Bernhard by just 0.090 seconds in the ninety-minute session held as darkness overwhelmed the track, with drivers getting the opportunity to run in the conditions that the race will conclude in on Saturday.

The #7 Acura Team Penske machine of Ricky Taylor, Helio Castroneves and Graham Rahal was third fastest ahead of the #5 Mustang Sampling Racing Cadillac of Filipe Albuquerque, Christian Fittipaldi and Tristan Vautier, while the #55 Mazda Team Joest DPi of Jonathan Bomarito, Marino Franchitti and Spencer Pigot completed the top five, with just over a quarter of a second separating the quintet.

Corvette Racing took first and second in the GT Le Mans class, with the #4 of Tommy Milner, Oliver Gavin and Marcel Fassler finishing just ahead of the sister #3 C7.R of Antonio Garcia, Jan Magnussen and Fassler (doing double duty in both cars this weekend), the two cars just 0.097 seconds apart.

The #67 Ford Chip Ganassi Racing machine of Ryan Briscoe, Richard Westbrook and Scott Dixon was third in class ahead of the #25 BMW Team RLL M8 GTE of Connor de Phillippi, Alexander Sims and Bill Auberlen and the #66 Ford of Dirk Muller, Joey Hand and Sebastien Bourdais.

The championship contending #86 Meyer Shank Racing Acura of Katherine Legge, Alvaro Parente and Trent Hindman was ninth in class, while the championship leaders Madison Snow and Bryan Sellers in the #48 Paul Miller Racing Lamborghini brought up the rear of the field in fourteenth alongside their co-driver Corey Lewis.

Oliver Jarvis put the #77 Mazda Team Joest DPi he shares with Lucas di Grassi and Tristan Nunez to the top of the time sheets as the fourth practice session got underway on Friday morning at Road Atlanta as the top four cars were separated by less than a tenth of a second.

Having topped the night session, the #2 ESM Nissan of Nato could only muster fifth, while CORE Autosport could only finish ninth, although just over seven-tenths of a second off the pace.

It was the same top two in GT Le Mans, with the #4 Corvette of Milner edging out the #3 of Garcia by 0.018 seconds, while the #24 BMW Team RLL of John Edwards, Jesse Krohn and Chaz Mostert was only 0.027 seconds further back in third.

The #67 Ford of Westbrook was fifth fastest, with the #912 Porsche GT of Earl Bamber, Laurens Vanthoor and Mathieu Jaminet rounded out the top five ahead of the #66 Ford of Hand.

Van der Linde put the #29 Montaplast by Land-Motorsport Audi to the front in GT Daytona ahead of the #86 of Parente was second ahead of the #15 3GT Racing Lexus of Jack Hawksworth, David Heinemeier Hansson and Sean Rayhall. 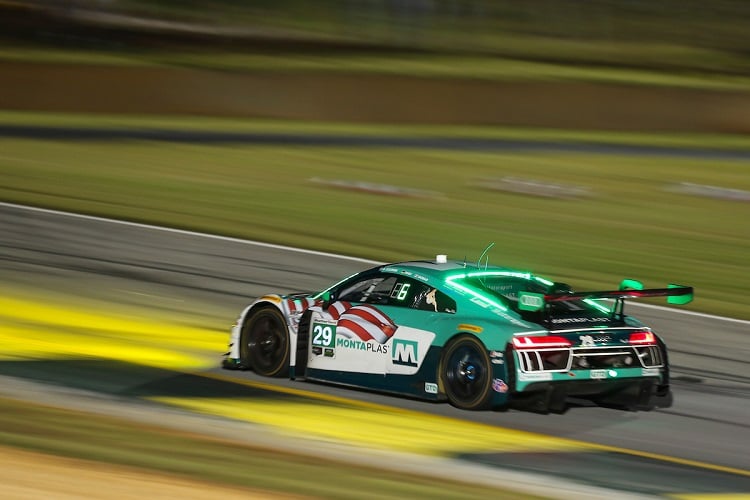