Lamborghini Squadra Corse has announced its factory drivers for the 2019 season.

The confirmed drivers are Mirko Bortolotti (2017 Blancpain GT Series champion and winner of the 2018 24 Hours of Daytona), Andrea Caldarelli (2017 Blancpain GT Series champion), Marco Mapelli (record-holder at Nürburgring-Nordschleife with the Aventador SVJ), and Giovanni Venturini (2017 GT Open champion), who will compete in the most prestigious international championships at the wheel of the new Huracán GT3 EVO. 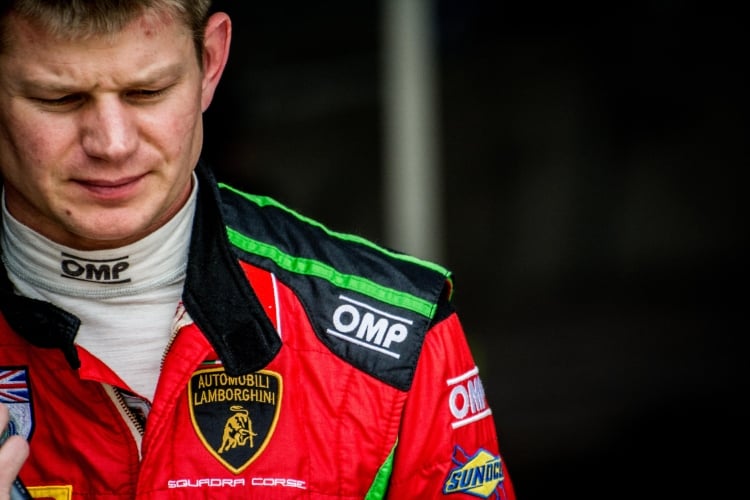 Joining them are two notable new entries, British driver Phil Keen and French driver Frank Perera. Born in Reading in 1983, Keen was runner-up in the British GT Championship in 2017 and 2018.

In the season just concluded, he earned two victories at the wheel of the Huracán GT3 #33 of the Barwell Motorsport team. Born in Montpellier in 1984, Perera has competed in many international open-wheel and GT championships.

Earlier this year, Perera won the Daytona 24 Hours at the wheel of the #11 Grasser Racing Team Lamborghini Huracán GT3.

Raffaele Giammaria is confirmed in the role of test driver and coordinator of the Young Driver Program and the GT3 Junior Program.

Lamborghini Squadra Corse also announces that Christian Engelhart will no longer be a Sant’Agata Bolognese factory driver. Many believe that this was down to his actions at the Blancpain GT Sprint race at the Nürburgring last month, which ultimately saw the #63 Grasser Racing Huracan disqualified from the competition.

Giorgio Sanna, Head of Motorsport Lamborghini said “We are pleased to announce our Factory Drivers, who in 2019 will apply all their experience to support the GT3 customer teams competing in the most prestigious GT championships in the world. I extend my welcome to Squadra Corse to Phil and Franck: in the last few seasons they have demonstrated that they have the speed and attitude that Lamborghini expects from an official
driver.”

By Josh Disborough
1 Mins read
Dinamic Motorsport have confirmed that they are once again to contest the Endurance Cup as part of the Fanatec GT World Challenge Europe Powered by AWS .
Endurance RacingNurburgring 24 HoursSportscars

By Josh Disborough
2 Mins read
After a disrupted 2020, Falken Motorsports have announced there 2021 plans as well as drivers which will take on the mighty Nordschleife.