Whilst the battle for the podium positions was almost exclusively dominated by the top three teams in Formula 1 in 2018, a bunched-up pack behind the powerhouse outfits saw one of the most frenetic midfield melees of recent seasons. With Ferrari’s power unit gains bringing Sauber and Haas into the fray with Mercedes’ customer outfits, the further improvements to the works Renault team would see the balance of power in the midfield fluctuate wildly race-to-race.

This tumultuous B-class broil would prove the perfect setting for many of the grid’s lower placed drivers to shine. In a season that truly stands out as a showcase of driving quality throughout the field, where every driver scored a point for the first time in F1 history, it is a tribute to the sport that such fine performers are so low in The Checkered Flag’s driver rankings…

Sergey Sirotkin ended the season at the foot of the drivers’ standings, with just a solitary point and having lost his drive for 2019. And yet, the headlines alone do not fully reflect the meticulous young Russian’s season. A rookie in the slowest car on the grid was never going to achieve miracles, and in that respect, his qualifying record against his more experienced (but still rather raw) team-mate was rather impressive.

Sirotkin’s racecraft was lacking though. A Singapore Grand Prix spent aggressively defending against the Force India of Sergio Perez may have earned Sergey much of his TV time for the whole year, but the ducking and weaving only compounded the tyre management woes that plagued his entire season. And yet, with a little more finesse in the cockpit and some guarantees behind his SMP Racing backers, it’s entirely conceivable that Sirotkin could return to the grid in future.

The once-acclaimed Belgian completed his fall from grace in 2018, losing his drive to hotshot McLaren junior Lando Norris having been the only driver to suffer the ignominy of being out-qualified by his team-mate at every single race. That said, context is important: the debilitating drag of the MCL33 arguably made it among the weakest cars McLaren had ever produced, and Stoffel was lining-up alongside a man who can objectively be considered as one of the very finest racing drivers in the world.

That perhaps explains why it took McLaren until the Italian Grand Prix to drop the outwardly floundering Belgian. Indeed, to Vandoorne’s credit, impressive drives in Hungary and Mexico allowed him to exit the paddock with his head held high, as did his restraint throughout what must have been a frustrating season. A fast debut in the Formula E season opener in Saudi Arabia could just be the first step on the road to rehabilitating Vandoorne’s career. For a man once fated for F1 stardom, the long road back to F1 contention starts here.

2018 was a season where Brendon Hartley had to come to terms with a simple, inconvenient truth: that he was a placeholder – keeping the seat warm amid Red Bull’s worst young driver vacuum in its history. After a few years where Toro Rosso’s driver policy has lurched from experimental to plain incoherent, recalling a former Red Bull Junior Team member who didn’t make the cut nine years ago was a curious decision at best. In fairness, Hartley didn’t embarrass himself and his LMP1 experience is often cited as a key ingredient in Faenza’s relatively smooth transition to Honda power.

However, Hartley never looked like the man who would take the glory when the sporadically pacey STR13 was on song. The Kiwi’s failure to replicate his team-mate’s heroics in Bahrain, a collision with Gasly in China and a terrifying near-miss with the Frenchman in Baku put his season on the slide, and the persistent rumours about his future didn’t help. It is questionable if the 29-year-old could have done anything to keep his pace in Red Bull’s junior team but failing to deliver any big results didn’t help Hartley’s cause.

The youngest driver on the grid started the second season of his F1 career with much to improve on, and unfortunately, he would find himself in the slowest car on the grid. However, despite not quite being able to match Sirotkin’s single lap pace over the course of the season, Stroll was unquestionably the more reliable performer on Sundays, scooping Williams’ first points of the season upon returning to the scene of his Baku podium from the previous year.

A fine points-scoring weekend at Monza – including the FW41’s only Q3 appearance – was the highlight of a markedly more consistent season from the Canadian. However, the extent to which 2018 represented a step forward for Stroll rather depends on just how bad the FW41 really was. A fresh challenge alongside Sergio Perez next year will be Lance’s opportunity to develop his flashes of promise into a more measured rhythm. 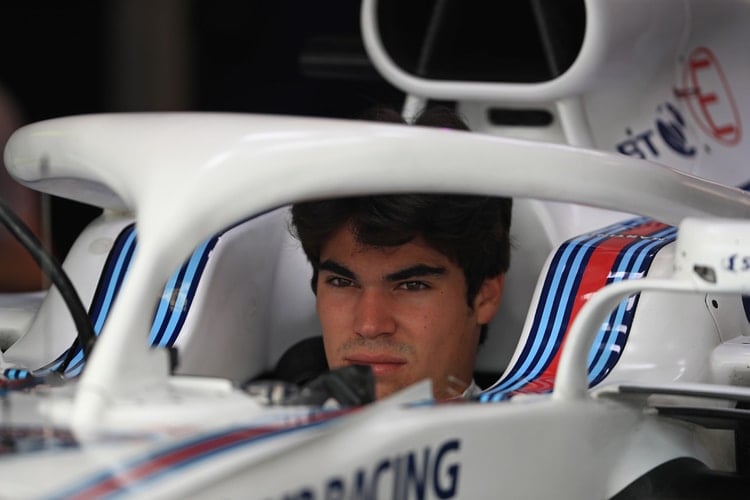 Romain Grosjean’s season was a curate’s egg of colossal proportions. He started the season seemingly determined to reprise his “first-lap nutcase” tag as he suffered a torrent of errors and unnecessary prangs: not least his spin under safety car in Baku. The fact that he scored his first points of the season with fourth place in Austria arguably just highlighted the opportunities the Frenchman had been squandering.

A consistent supply of blazing qualifying laps, a fantastic drive in Japan and skilful opportunism in the final laps in Germany were all too brief glimpses of the season Grosjean could have had at the wheel of the fast VF-18. Ultimately Romain’s biggest opponent would again prove to be himself in a season that all too neatly captured why he has never been in contention for top drives. For 2019, the Frenchman will be under pressure to evolve into a more robust and reliable performer.

Marcus Ericsson exits F1 having arguably produced his finest season yet. The Swede not only scored his first points since 2015, but there were flashes of genuine speed: such as his lap to qualify seventh in Brazil. However, but for the opening three races, he was totally bludgeoned by his exceptional rookie team-mate. Albeit alongside an accepted young superstar, the fact that Marcus qualified on average more than four tenths slower than Leclerc was not flattering at all. Unnecessary crashes in Montreal, Silverstone and Suzuka also weren’t befitting a driver of his experience.

However, as a driver who has tended to fly under the radar, it was nice to see Ericsson take the limelight in Bahrain as he scored Sauber’s first points since 2016. A gentle right foot in the German drizzle would earn him another two points whilst Leclerc span violently at T1. In replacing the injured Robert Wickens at Schmidt Peterson, the Swede has big shoes to fill in IndyCar next year, but having measured himself against the very best, the signs are positive going into the next chapter of Ericsson’s career.

A driver of Carlos’ quality does not belong so far down the rankings; however, it is a marker of the throngs of competitive contenders now amassing throughout the field. Unfortunately for a man who pipped Max Verstappen in qualifying trim when the pair lined-up at Toro Rosso in 2015, Sainz simply could not consistently match the notorious single-lap pace of team-mate Nico Hulkenberg. In the races, he could keep pace with the German, and whilst Nico hit the barriers in Baku it was Sainz who delivered Renault’s joint highest finish in fifth. 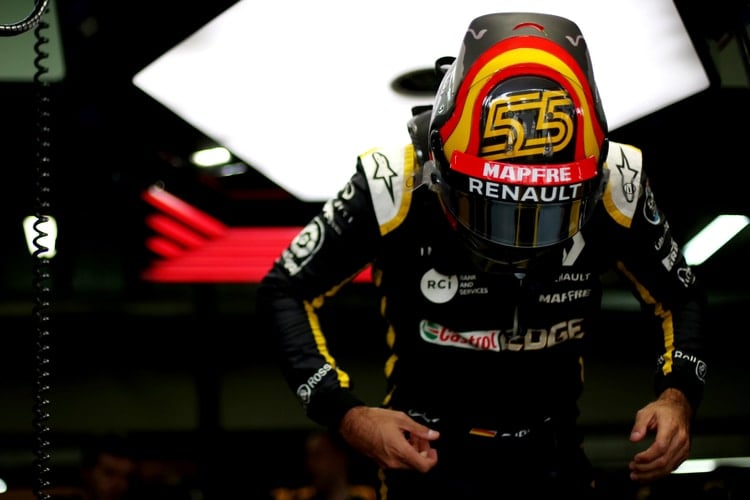 Excellent drives in France and Hungary were more highlights of a broadly respectable season from the Spaniard. However, on the back of a terrific year in 2017, having earned his freedom from Red Bull’s clutches, there was arguably the expectations for a more glittering season. Moving away from his longtime Toro Rosso engineer Marco Matassa and lining-up alongside a somewhat underrated driver in Hulkenberg perhaps laid the foundations of this mild disappointment. A difficult situation at McLaren and a hotly anticipated rookie team-mate promises a similarly steep challenge for 2019.

2018 was unquestionably Kevin Magnussen’s best season in F1 thus far, the apparent arrival that so many believers in the Dane’s abilities had waited so patiently for. Of course, as is Kevin’s style, a large part of the season was still characterised by unnecessary belligerence and overly aggressive racecraft. However arguably for the first time since his Formula Renault 3.5 triumph in 2013, Magnussen consistently balanced out his moments of red-mist with measured performances.

A fifth in Bahrain and a totally dominant midfield ‘victory’ in Barcelona gave Magnussen the early initiative in the battle for ‘B-class’ honours, and whilst Grosjean was suffering a magnetic attraction with the barriers, Kevin had become Haas’ lead driver. Unfortunately, he simply couldn’t match the Frenchman’s single lap pace after his mid-season revival; coming in for an especially bruising weekend in Singapore. Overall, while he found new heights as a driver in 2018, the Dane didn’t quite have the versatility to extract the full potential of the superbly quick VF-18.

Pierre Gasly arguably became 2018’s surprise addition to F1’s burgeoning cast of young hopefuls. That is not to say that the 2016 GP2 champion wasn’t arriving with an impressive junior pedigree, but Gasly undoubtedly still had some rough edges to hone. A remarkable fourth place in Bahrain, having spent the entire weekend blowing the doors off the midfield competition, set out the Frenchman’s stall with striking aplomb. At the wheel of an STR13 lacking in high-speed downforce and persistently undermined by Honda’s development crusade, it was impressive that Pierre could so effectively maximise the car at one of the few circuits it was suited to.

Points up against the barriers in Monaco and a stunning effort to out-qualify both Red Bulls in the wet in Hungary started to mark Gasly out as a mature young driver with a versatile skill set. However, several messy weekends and some internecine handbags with Hartley was exactly the kind of rookie over exuberance that Charles Leclerc was immune to. More speed over a single lap and fewer mistakes will be essential if Gasly is to make any impression on his fearsome team-mate next year.

Nagging reminders of Valtteri Bottas’ rather appalling end to the season have perhaps unfairly numbed memories of his impressive early season form. Despite crashing in qualifying in Melbourne, he came within metres of victory on the last lap in Bahrain before a safety car in China undid the Finn’s superb undercut on Vettel – putting him in range of Ricciardo’s overtaking mastery. A late-race puncture in Baku cruelly overturned what could have been Bottas’ third consecutive victory.

Thereafter – but for an impressive weekend in Canada – his races would take one of two forms: either as distant rear-gunner to a dominant Hamilton or gravitating towards the back of the frontrunning pack. Whilst hobbled by his championship supporting role in Sochi, Bottas’ inability to match his team-mate’s tyre management severely compromised what the Finn acknowledges was a fairly disastrous end to the year. The writing is not yet on the wall regarding 2020, but some tough reflection on those closing races will be essential in order to keep Esteban Ocon at bay.

I am a political researcher looking to branch into a motorsport writing career. I have particular expertise in F1 and single seaters and write opinion and analysis pieces within TCF's F1 and open-wheel coverage.

Ferrari need to improve to compete with Mercedes – Leclerc

Pierre Gasly has the 24 Hours of Le Mans on his Career...

Verstappen Excited to Race at New and Improved Zandvoort

Riccardo Will Not Have Number 1 Status At McLaren in 2021

Aubameyang the Latest Footballer to Swap Boots for a Wheel in the...