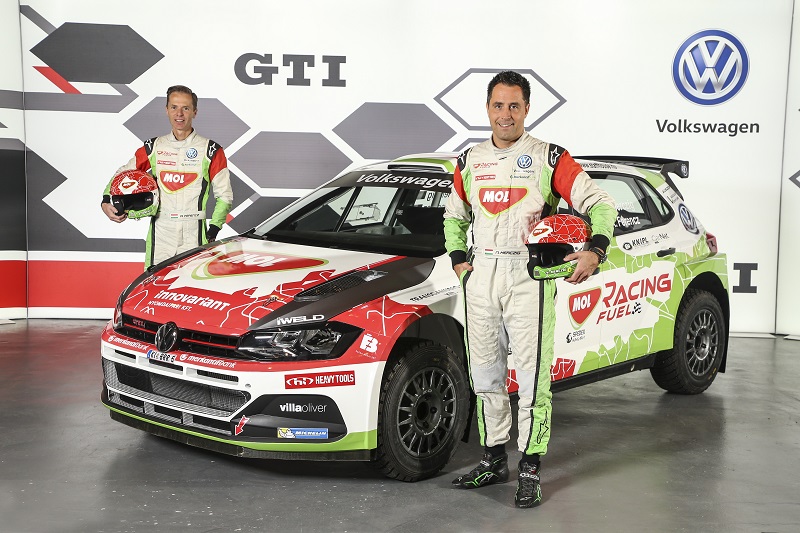 MOL Racing and driver Norbert Herczig will switch to a brand-new Volkswagen Polo R5 for the 2019 FIA European Rally Championship.

Four time Hungarian Rally champion Herczig, who made the step up to the ERC last season, took two podiums during his maiden European season and is planning a seven-round campaign for 2019.

He said on the deal: “Nine years ago we were among the first who chose the ŠKODA Fabia S2000 and after that the ŠKODA Fabia R5. So we have spent nine wonderful years together [with ŠKODA], winning the Hungarian championship three times and twice standing on the ERC podium.”

“It was hard to decide to change [from ŠKODA] but I trust [in that] we will be able to reach similar or even better results with the Volkswagen Polo GTI R5.”

He along with co-driver Ramón Ferencz finished on the podium on both the EKO Acropolis Rally and the Cyprus Rally during 2018 driving for the MOL Hungary backed team.

ERC Co-ordinator Jean-Baptiste Ley added on the news: “It’s really good news to welcome Norbi, Ramón and the MOL Racing Team back to the ERC for a second season, their first with new Volkswagen Polo GTI R5 of course.”

“We were really impressed with the progress they made in 2018, despite having no previous knowledge of any of the six events they contested. Their podiums were the result of strong performances and a great team effort and we have no doubt they will be among the frontrunners again in 2019 when we also welcome Rally Hungary to the schedule.”

The 2019 FIA European Rally Championship begins with the Azores Airlines Rallye between March 21-23.