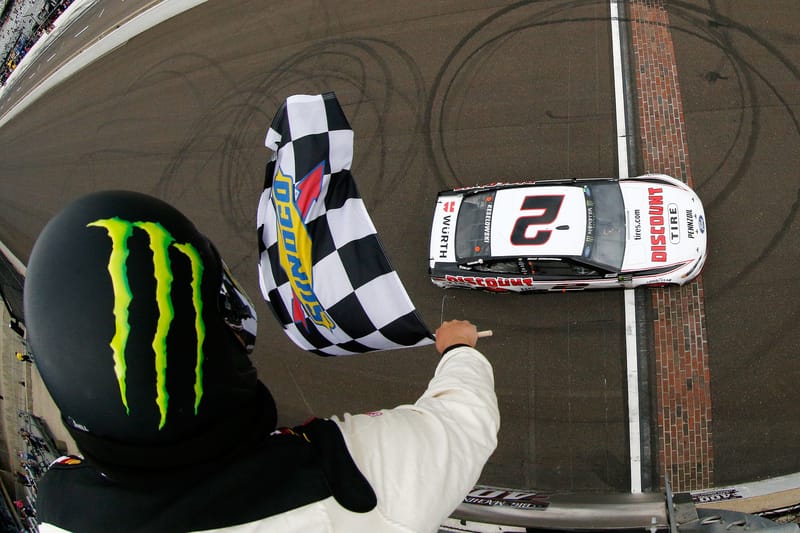 When one thinks of NASCAR, hybrid vehicles are likely not what comes to mind. However, Ford Performance global director Mark Rushbrook believes stock car racing is slowly but surely approaching that point. Rather than fully transitioning to electric or a different car, he suggests certain car elements will be more environmentally positive like engines.

“Do I think there is a time and a place to introduce alternative power trains in NASCAR, whether it’s a different internal combustion engine architecture or hybrid? Yes I definitely think there is, and I don’t think it’s necessarily that far away,” he stated in an article from Motor Sport Magazine.

Despite his comments, he expects the current naturally-aspirated V8 engines to remain the norm, especially as Ford’s vehicles still retain such motors. But should such a switch occur, NASCAR could feature a KERS (Kinetic Energy Recovery System) similar to what is seen in Formula One to increase horsepower to 1,000, though such a system would not be necessary for certain races like the Daytona 500.

“There’s no point putting a hybrid power train in the Daytona 500 because the format of that race requires wide-open throttle,” he explained. 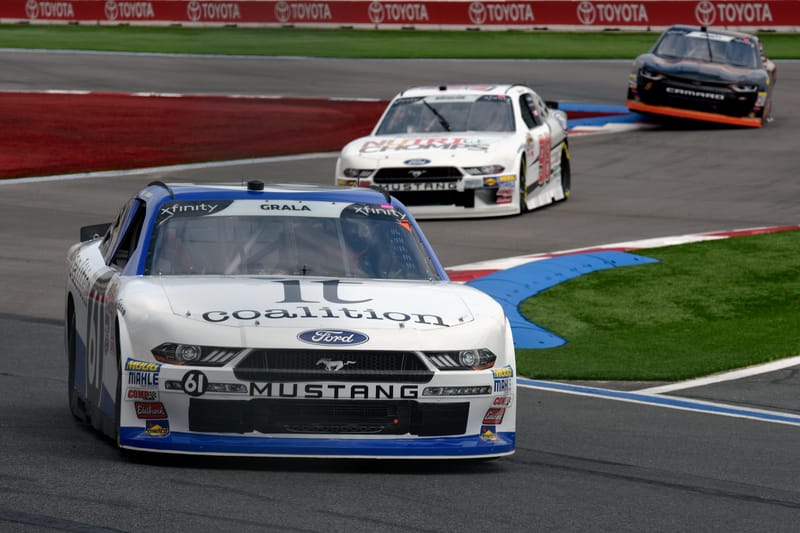 Neither Rushbrook nor NASCAR are strangers to this conversation. The latter has engaged in discussions with OEMs (original equipment manufacturers, such as the three current main manufacturers in the sport) that included potentially racing electric cars.

“As manufacturers, we all have regular open dialogue with NASCAR and our teams and each other about the state of the sport and the future of the sport,” Rushbrook commented. “There are a lot of discussions about all aspects of the sport.”

Team Penske driver Brad Keselowski has also championed the idea. In a NASCAR.com blog post from May 2018, the 2012  Cup Series champion proposed a KERS that would be more effective for NASCAR than F1, allowing stock cars to be hybrids while also retaining the beloved engine noises. Other suggested changes included a smaller fuel tank to raise driver difficulty and promote conservation strategies during races.

Keselowski added the switch to hybrids would also enable manufacturers to get more involved in the sport, especially as car companies have sought to improve their road vehicles by fitting them with more electric capabilities.

“Once the OEMs got the KERS system right with their race teams, they’d be able to get it right on street cars, too — much more efficiently than the rare existing KERS street vehicle like the McLaren P1, which is a far cry from mainstream,” he wrote. “In that way, NASCAR would be more relevant to the car world than it’s ever been.”

Should NASCAR elect to switch to electric vehicles, it would be another step in the sport’s efforts to be more environmentally friendly. The NASCAR Green programme has promoted sustainable plans, including greener tracks and facilities, while race aspects have become more supportive such as ethanol fuel from Sunoco.

While a future of electric stock cars doesn’t appear to be on the horizon as of yet, Rushbrook’s optimism extends to other disciplines. Ford withdrew from the World Rallycross Championship after the 2017 season, but he did not rule out a return in 2021, especially with the series switching to electric vehicles that season.

By Justin Nguyen
2 Mins read
Bruton Smith, founder of Speedway Motorsports which operates many NASCAR circuits and the brainchild of a vast array of ideas adopted by the sanctioning body, has passed away. The NASCAR Hall of Famer was 95.
NASCAR

By Justin Nguyen
1 Mins read
Camping World has renewed its title sponsorship of the Superstar Racing Experience for a second season in 2022, once again dubbing it the Camping World SRX Series.
IndyCarNASCAR

Tony Kanaan in talks for 2 NASCAR road races in 2022