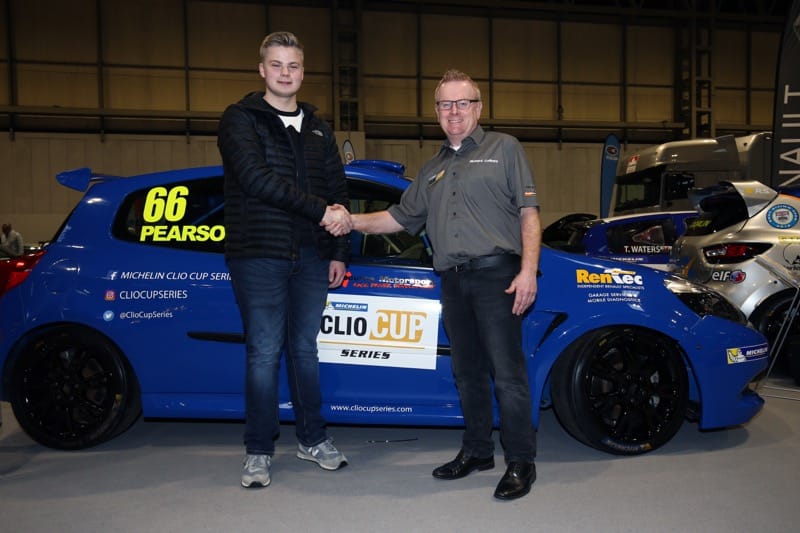 Ronan Pearson is aiming to build on an impressive 2018 and challenge for the overall Michelin Clio Cup Series title this season with Westbourne Motorsport.

The 17 year old shined during his maiden campaign in the series, recording a pair of pole positions, five podium finishes and four fastest laps.

“This is the best place for me at the moment in terms of my development and also continuing the relationship with Westbourne,” said Pearson.

“The championship has got a lot of interest surrounding it at the moment and it’s exciting times for everyone involved. I’m looking forward to it!”

The Junior Saloon Car Championship graduate is Westbourne’s first confirmed driver as they aim to take the drivers title for the first time since 2016.

“We are delighted to have Ronan returning for 2019 with Westbourne Motorsport,” added joint team principal James Colburn.

“His pace was evident from his debut last season. Ronan will certainly be a championship contender this year – no question.”