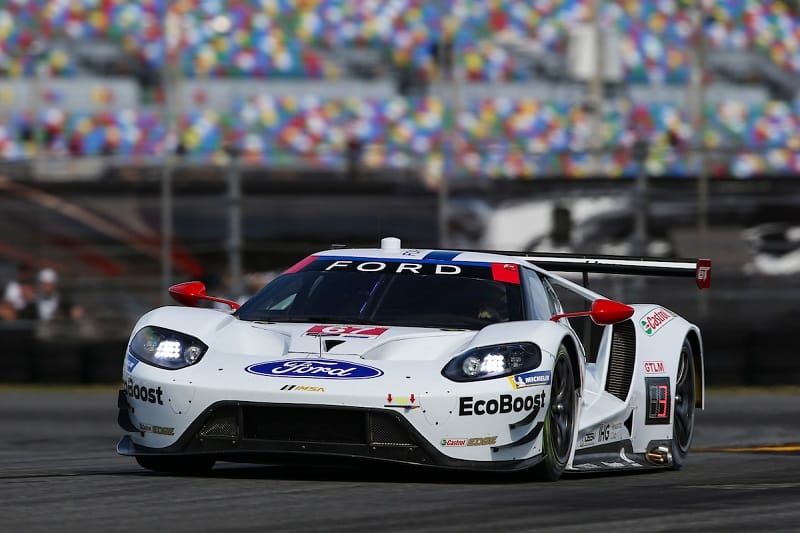 Richard Westbrook says Ford Chip Ganassi Racing will head into the Rolex 24 at Daytona at the end of the month with big expectations as he looks to aid the team to take a third consecutive victory in the event.

Westbrook partnered with Scott Dixon and Ryan Briscoe on board the #67 Ford GT in 2018 to take his first Rolex 24 victory, a year after Dirk Müller, Joey Hand and Sebastien Bourdais took team’s first triumph in the twice-around-the-clock race at the Daytona International Speedway.

Such has been the domination of the team across the past two years, they have led 1,196 laps out of the 1,435 laps completed in the GT Le Mans class, and Westbrook says there is confidence that they can pull out something similar in 2019.

“We’ll definitely be walking into the paddock with a smile on our faces, knowing we can do this,” said Westbrook, who is back with Dixon and Briscoe as his co-drivers for the 2019 event. “We have another year under our belts.

“We’re working hard now on fine-tuning our car to the new Michelin tyre, so I think confidence is going to be really high to try to defend our crown.”

Westbrook feels the Daytona track has been good for Ford in recent years and he expects that to continue into 2019, although he knows there cannot be any complacency due to the competitiveness of the GT Le Mans class that also includes entries from Corvette Racing, BMW Team RLL, Porsche GT Team and Risi Competizione.

“It’s so nice going in defending our crown and knowing our car’s going to be quick, but this race just seems to get bigger and bigger. The quality throughout the field in every class gets better and better. When I compare it to when I first did this race, it’s so different. It’s almost unrecognizable. It just gets stronger and the crowd gets bigger every year.”