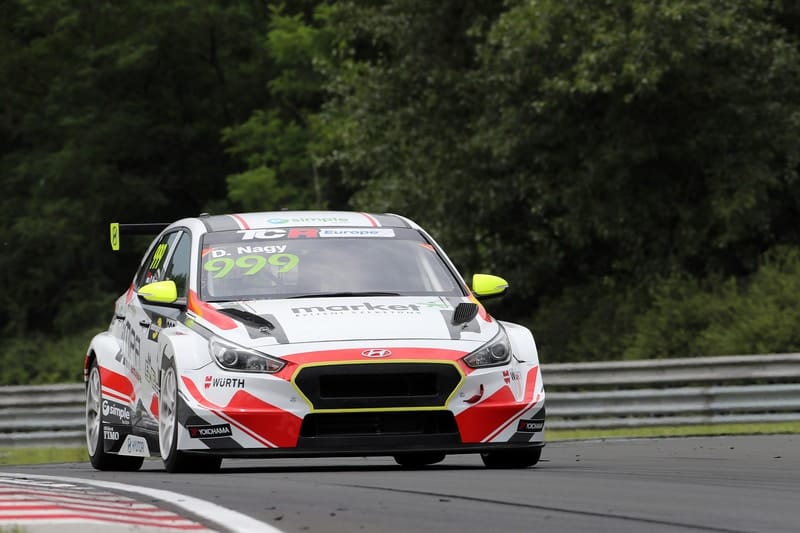 M1RA Racing have revealed that Dániel Nagy has retained his seat with the Norbert Michelisz owned outfit as they return to the TCR Europe Touring Car Series for the 2019 season.

2019 TCR Malaysia Champion Luca Engstler has been confirmed to drive the second Hyundai in the team, with the squad making it clear they wanted a more international line up this season.

Team Principal Dávid Bári expressed his delight with the signing of both Nagy and Engstler for the season ahead.

“To continue with Hyundai Motorsport was the next logical step because the i30 N TCR proved to be one of the best cars in the category and we have a close relationship with the manufacturer,” said Bári.

We have two gifted and motivated junior drivers, so I am hopeful to unleash the full potential of our team and to be able to challenge for the TCR Europe title.”

Hungarian driver Nagy returns to the team, having enjoyed a positive season in the series last year where he acclimatised to the Hyundai i30 N TCR quickly, finishing in fifth place overall in the Drivers Championship taking one win at Assen.

Nagy was a standout wildcard in the WTCR round in Hungary last year where he took second place in race two that weekend also driving for the M1RA outfit.

Nagy returns for a second campaign after taking one win in the 2018 season. Credit: WSC Ltd / TCR Europe

Engstler’s confirmation of an entry in TCR Europe means that the young German driver will compete in a total of three TCR Series in 2019. Having sealed the drivers crown in TCR Malaysia, Engstler will also compete in the 2019 TCR Asia Series where he will defend his 2018 title driving for Hyundai Team Engstler.

Having switched mid-season from the Volkswagen Golf GTi TCR to the Hyundai, Engstler became a factor in the fight for the driver’s title during the 2018 ADAC TCR Germany Series, where he was in contention all the way to the end of the final race.

With both Nagy and Engstler on board for the new season and already experienced with the Hyundai, this is one of the strongest lineups announced so far for the 2019 season.

Michelisz wins Race One but Guerrieri & Muller limit the damage