Formula 1’s 1000th World Championship race was by no means its finest. Whilst Bahrain had thrown up a fresh-feeling pecking order and some intriguing plotlines up and down the field, a crushing 1-2 for the reigning champions wasn’t the result the neutral fan was looking for a fortnight later. Nonetheless, a rather uneventful race yielded a fine array of performances throughout the pack and a five-time champion showed an ominous new string to his bow…

Top of the class…

For all that he is objectively one of the greatest drivers ever to sit in a racing car, Hamilton has always been quite a binary driver. When the car doesn’t produce the kind of front axle feel that his acrobatic driving style demands, Hamilton struggles to produce anything more than lukewarm results. Fourth in qualifying and the race during an indifferent trip to Shanghai last year is a fine example.

A sense of déjà vu hung over Hamilton’s practice sessions, as he struggled to find a consistent rhythm in his Mercedes – falling afoul of various dramas during his qualifying simulations in both Free Practice 2 and Free Practice 3. Historically, this would have been enough to derail Hamilton’s weekend. However, an apparent breakthrough late on in Q2 appeared to put Hamilton back in the fight for pole against his erstwhile imperious team-mate. Ultimately a meteoric launch off the line would prove more decisive than the 0.23s Hamilton lacked in qualifying. In previous years perhaps Hamilton’s only weakness as a driver was his tendency to be unsettled by difficulties in practice. Without the prospect of off-colour weekends, the reigning champion could begin to look fairly unbeatable.

Before hurling his Toro Rosso at the barriers in Free Practice 3, Albon had looked a solid contender for Q3 and had been marginally the quicker of the two Toro Rosso drivers. Ultimately, an over-optimistic attempt to hang on to the rear as it spun up over the artificial grass would leave the Thai driver on the sidelines in qualifying with a damaged monocoque, doomed to start the race from the pitlane.

Albeit a beneficiary of the carnage his team-mate unleashed at Turn 6, Albon’s measured drive from pitlane to points earned him further respect from a team which has been pleasantly surprised by his start to the season. A confident move on Robert Kubica around the outside of Turn 2 was particularly impressive, as was his tyre management throughout the race. A level-head in the closing stages with the Haas of Romain Grosjean on his gearbox was a further indication of a mental fortitude which has proven historically elusive for Kvyat. Helmut Marko will no doubt have noted the impressive resilience Albon showed in the wake of what could have been a confidence-sapping crash.

As an affable character and an almighty racing driver, you might hesitate to use the word “disaster” to describe the opening races of Ricciardo’s Renault career, but through unreliability and an alarming lack of pace, it has certainly been very disappointing. Also, Nico Hulkenberg’s superb pace hasn’t helped matters. Throughout practice in China, the German again looked set to eclipse Ricciardo by his customary margin of three tenths. Albeit still struggling to adapt to the Renault’s lack of front-end bite, the Australian’s recovery to out-qualify Hulkenberg by just four-thousandths was very impressive indeed. On Sunday, Ricciardo translated his qualifying breakthrough into ‘best-of-the-rest’ at the flag – hopefully announcing his arrival as a major new contender in the midfield melee.

A quietly handy weekend for Perez resulted in a quartet of points the car didn’t deserve. With the RP19 suffering from a lack of downforce in the long, fast corners, neither Perez nor Stroll were much of a factor in the top ten throughout practice. In qualifying, Perez bludgeoned his team-mate by almost a second but still couldn’t manage to steal a place in Q3. A banzai start would more than makeup for the car’s single-lap deficiencies, with the Mexican climbing from 12th to 8th with some heroics on the outside line of the opening corners. A fine race thereafter would see Perez seal eighth on the road – finishing the race in impressively close proximity to Ricciardo’s gearbox. Having reprised his role as the team’s figurehead in Bahrain, Perez transcended an underdeveloped car in China.

The torpedo returns. Kvyat’s return to F1 certainly hasn’t been lacking in pace, however, a solitary point from three races is not representative of the Toro Rosso’s potential. A spin following contact with Antonio Giovinazzi and then a five-second penalty for speeding in the pit lane restricted the Russian to a twelfth place in Bahrain. Albeit with his team-mate tending to set the pace throughout practice, 11th on the grid in China with a free choice of tyres was a decent qualifying effort from Kvyat.

His tangle with the McLaren duo in Turn 6 on the opening lap was entirely unnecessary. Having already committed to the inside line on the corner entry with Lando Norris in full view, Kvyat’s failure to allow any room on the exit was truly perverse. The Damoclesian appearance of Dan Ticktum at the Bahrain post-race test won’t have gone unnoticed by Kvyat, nor will Albon’s stellar recovery following his crash on Saturday. The future of the Russian’s F1 career now urgently depends on some essential improvements to his race day finesse.

In some respects, the Chinese Grand Prix was a step forward for Gasly in 2019. The Frenchman spent his first weekend of the season clear of the midfield pack, placing his Red Bull inside the top six where it belongs. However, despite benefiting from a stronger weekend for Red Bull as a whole, there was scarcely any progress on Gasly’s side compared with his imperious team-mate. He trailed Verstappen in qualifying by the same eight tenths as Bahrain and was set to finish more than forty seconds behind the Dutchman before pitting to nab an extra point for fastest lap. Unfortunately, China was the weekend where the discussions around Gasly’s immediate future started. The only way the Frenchman can stem the tide of rumourmongering is by pinning the gap to his team-mate to under half-a-second in Baku.

With the SF90’s split personality rearing its ugly head again in China, the internecine battle at Ferrari was a scrap over third place. Whilst Charles Leclerc overturned his Friday/Saturday pace deficit with a strong start, Sebastian Vettel was unquestionably the marginally faster Ferrari in Shanghai. Not that he made the most of the pitwall’s team orders – sustaining several lock-ups to further back an already disgruntled Leclerc into Verstappen. If anything, Leclerc’s disappointing weekend gave further confirmation of his extraordinary calmness and clarity of thought.

Before being skittled by the wayward Toro Rosso of Kvyat, both McLaren drivers were already suffering a less convincing weekend than in Bahrain. Despite a promising Friday, difficulty in tuning the car to the distinctive front-limited layout left both McLarens eliminated in Q2. Haas would suffer a similarly disappointing race, albeit due to more underlying issues. Like Bahrain, both Haas drivers would plummet out of the points with tyre temperature woes, although Romain Grosjean was at least able to muster a counter-attack against tenth-placed Albon in the final laps.

Whilst the Finn wasn’t able to extend his remarkable run of 53 consecutive Q3 appearances, Kimi Raikkonen’s third point-scoring race in a row was a decent return from a challenging weekend for Alfa Romeo Racing. Already hamstrung by technical issues in Free Practice 1, a power unit fault left Antonio Giovinazzi unable to qualify, and duly started at the back ahead of what was an unsurprisingly anonymous race. Robert Kubica might have been buoyed by the mere hundredths that separated him from his team-mate George Russell in qualifying, however, amusingly the Brit promptly radioed-in to apologise for what he described as a “terrible lap”. A respectable sixteen-second gap to Russell at the flag probably marks the best performance of Kubica’s return thus far. 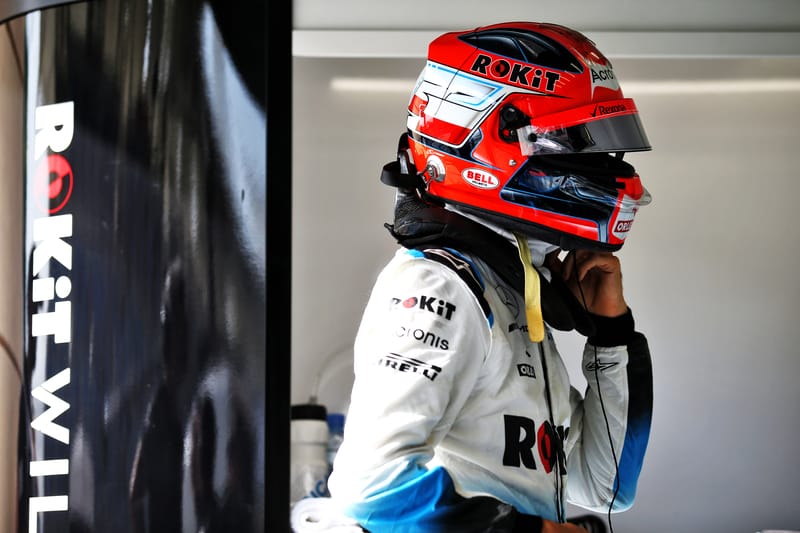 I am a political researcher looking to branch into a motorsport writing career. I have particular expertise in F1 and single seaters and write opinion and analysis pieces within TCF's F1 and open-wheel coverage.