Elbows out for Briché in second TCR Europe encounter

Julien Briché has taken the win in the second race of the opening weekend in Hungary for the 2019 TCR Europe Touring Car Series in his JSB Compétition Peugeot 308 TCR.

The second race of the day held many challenges for the drivers as a wet race was declared on the formation lap. As the lights went out, poleman Santiago Urrutia was passed into turn one by both Dušan Borković and Daniel Nagy as he struggled to get the WRT Audi to grip in the changing conditions.

However, the safety car was out before the cars had reached turn five, with the Vuković Motorsport Renault Megane of John Filippi hitting the tyres hard and putting the car out on the spot.

Josh Files had fallen down the order on the first lap and was at the tail end of the field, however, the Target Competition Hyundai driver started a comeback drive that would net him eighth place at the end of the race.

The safety car pulled in on lap four and it was clear that Briché had the Peugeot setup for the tricky conditions. As Nagy started to pull away, The Frenchman passed Urrutia and then Borković in the following two laps as the WRT Audi fell further down the order. 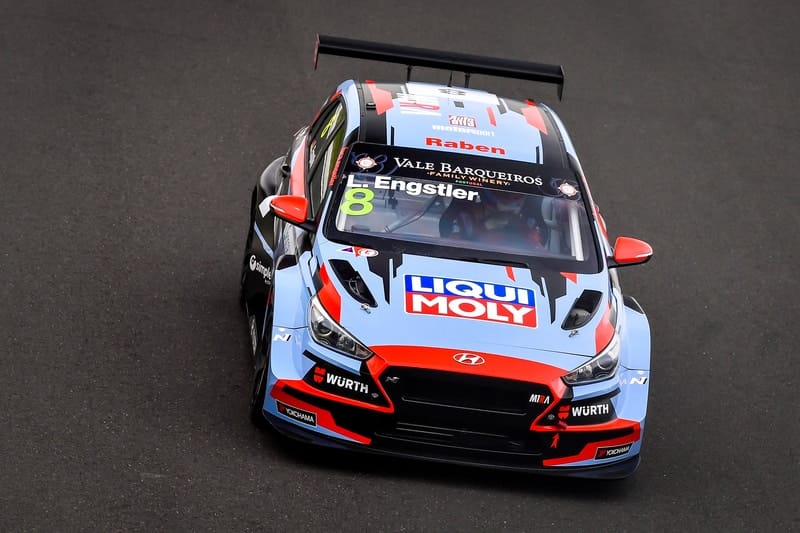 This on-track squabbling also brought Magnus into the fight as the drivers contended with the changing conditions.

On lap seven, Briché passed Nagy for the lead and went on to stay in front. Magnus passed Borković for third place and started to hunt down the M1RA Motorsport driver.

The Comtoyou Racing Audi driver would pass the Hungarian late in the race to secure his maiden podium finish.

As Briché took the win ahead of Magnus and Nagy, Borković held off Panciatici for fourth with Urrutia holding off Stéphane Lémeret in the Boutsen Ginion Racing Honda for sixth place. Files passed Potty for eighth place on the last lap whilst Davit Kajaia in the PCR Sport with Georgia CUPRA completed the top ten positions.

The final points places were taken by race one winner Homola ahead of Engstler in twelfth place whilst Teddy Clairet managed to salvage thirteenth ahead of Andreas Bäckman and Jessica Bäckman.

Rounds three and four of the 2019 TCR Europe Touring Car Series will take place at the Hockenheimring on the weekend of May 25-26.