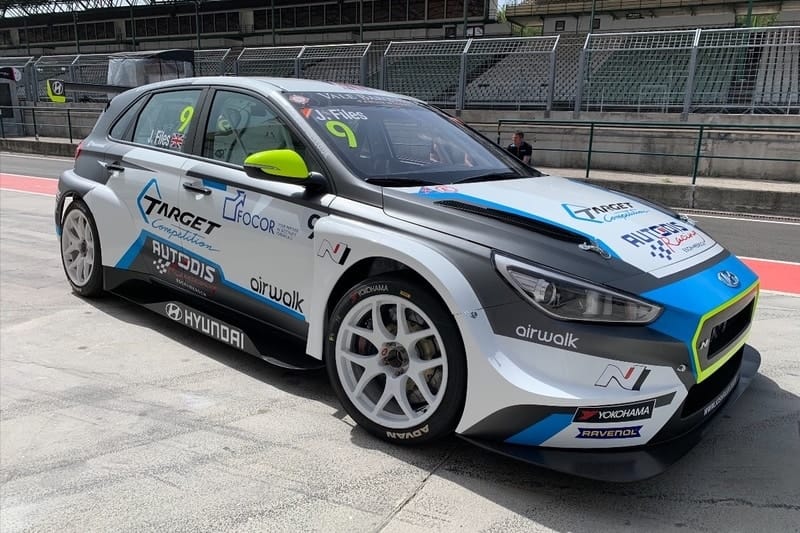 This year, three-time TCR Champion Josh Files has a good chance of securing a fourth title and his best chance of doing this begins this weekend in Hungary, the first round of the 2019 TCR Europe Touring Car Series.

Files has returned to Target Competition this year, having won both of his ADAC TCR Germany titles with the squad and he’ll be driving a Hyundai i30 N TCR for the first time in his TCR career. With this in mind, the 28-year-old British driver is looking forward to a good season ahead.

Files is joined in the Target Competition lineup by Andreas Bäckman, Jessica Bäckman, Dusan Borković and Mat’o Homola, meaning his mission of winning the drivers title this year is all the more difficult. Files is confident of a good showing this weekend.

“We tested in Hungary a little over a month ago, and I can’t tell you how much I love the place. It’s such a cool circuit, the undulations and blind corners are mega and the circuit itself is so rewarding for a driver. I just love it!” explained Files.

“To top it off last season I found a real rhythm in both the dry and wet conditions and scored a podium finish too. I remember the crowd was wild, which just added to the whole atmosphere. I genuinely look forward to returning”

Whilst the Hungaroring plays host to the first two races of the year, Files has been in top-level TCR Competition for the past few seasons and is fully aware of the challenge ahead.

Being in the hunt for the title in the last race of the season is the only way to be there and consistent scoring all year helps to get there. Files knows what he has to do by the time he reaches Monza.

“The season is long. It would be nice to win this weekend of course and trust me when I say we’ve put a lot of time and effort in to try and do so, but I have to remember that being first after the second race at Monza counts,” said the Hyundai driver.

“We don’t know where we stand with the competition yet, so this weekend is genuinely about doing the best we can, whatever that looks like!”