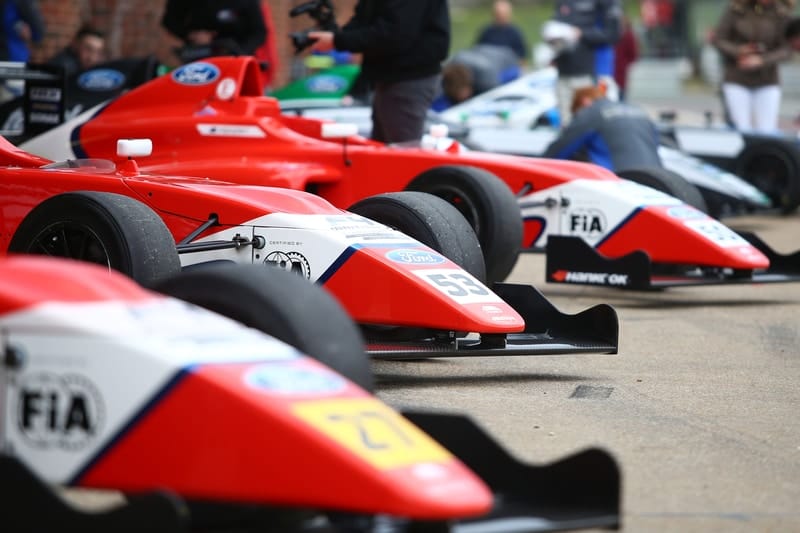 One of the world’s most competitive open-wheel racing series makes its return this coming weekend, 6/7 April.

The 2019 F4 British Championship certified by FIA – powered by Ford EcoBoost will once again head the support bill for the Kwik Fit British Touring Car Championship and pave the way for the next generation of racing drivers.

Double R Racing enter the season as reigning Driver Champions thanks to Kiern Jewiss’ efforts last year. They boast a three-car line-up that makes them one of the favourites for this year’s title. Louis Foster, who finished runner-up in the 2018 Ginetta Junior Championship, makes the step up to the series with the team. Joining him is Sebastian Alvarez, remaining with the team he scored a pole position with last year, and Reema Juffali – Saudi Arabia’s first female racing driver.

“I’m really excited to have this opportunity to race with Arden in the British F4 Championship,” Connor said.

“The testing programme has gone well and I’m getting more confident in the car with each test. I know that the championship attracts the best young drivers from around the world, but I am certainly going to do my best.”

Richardson Racing will compete in the series for the first time since 2017 with their efforts being spearheaded by Luke Browning. The 16-year-old drove for the team in the Ginetta Junior Championship in 2017 with highlights including race victory at Rockingham.

Carlin also make their hotly anticipated return to the series after a year away, giving 15-year old Zane Maloney his first taste of single-seater racing. The team have won the title in all three of the British F4 championships they’ve contested and are confident the Barbadian has the talent to keep that record going.

JHR Developments aim to consolidate their runner-up position in last years’ Team Cup as Josh Skelton continues with the team for a second season. He’s joined by 20-year-old Carter Williams. The American competed in the 2018 Avon Tyres National Formula Ford Championship with Don Hardman Racing where he scored one podium one his way to ninth in the final standings.

“Having a year of British National Formula Ford 1600 under my belt has fully prepared me to come into British F4 fighting for podiums, wins, and the championship,” Williams said. “I cannot thank the JHR team enough for this incredible opportunity.”

Meanwhile, Fortec Motorsport field an all-new lineup with Brazilian CIK-FIA European Karting Championship racer Roberto Faria taking his first step on the single-seater ladder. He’ll be joined by NACAM F4 driver Mario Martinez. The 15-year-old tested the EcoBoost-powered F4 car at Rockingham last year and will make the permanent move to Europe as he aims to progress through the junior categories.

The talent amongst this year’s British F4 grid is, once again, extremely high so expect a tightly-contested battle for the championship. The teams have a test day on Friday at Brands Hatch with qualifying and race one on Saturday followed by races two and three on Sunday.