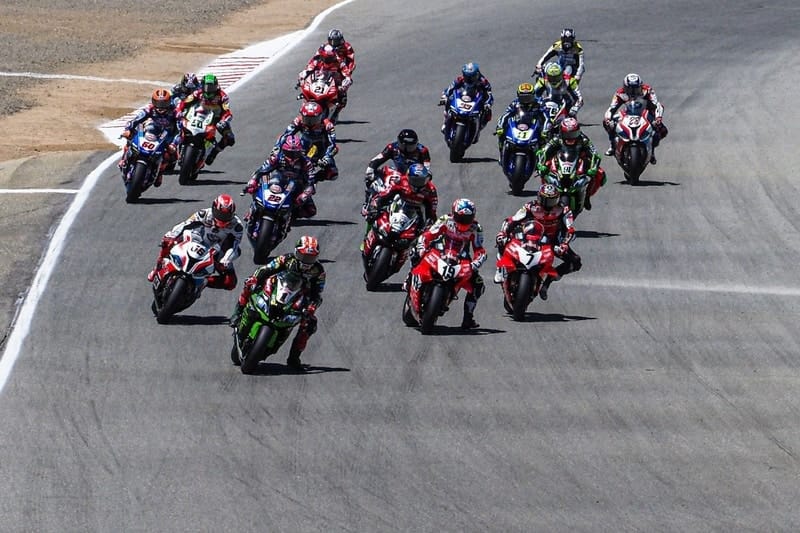 The 2019 World Superbike Championship returns to action this weekend at Portimao for round ten of the season, with Jonathan Rea leading the way.

This weekend won’t be the first action back on track since the summer break, as teams and riders recently had a two day test at the Portuguese circuit in preparation for the final stretch of the season.

Last time out at Laguna Seca, was Bautista’s worst weekend of the year with no points scored from the three races, and therefore trails Rea by 81 points.

The four-time champion has been in stellar form since Misano, taking seven victories from a possible nine in that period.

For Bautista, the last four races will be his last with the Aruba.it Ducati team, as British Superbikes rider and title contender Scott Redding will replace the Spaniard.

Although the championship looks to be heading the way of Rea and Kawasaki, it will be important for Bautista to respond well in the last four rounds and return to his early season form.

One of the more intriguing battles heading into the final quarter of the season, is regarding third place in the championship standings.

With consistency likely to determine which rider comes out on top, Razgatlioglu immediately springs to mind due to his recent run of podiums.

The Turkish star has been tantalisingly close to securing his first victory in World Superbike this year, and will hope to do so at Portimao, where Kawasaki tends to go well.

While Razgatlioglu might seem the favorite, it’s perhaps Davies who could make the biggest run at taking third spot after his dominating win in race two at Laguna Seca.

It was the first win of the year for the Welshman, and with his form on the rise and the Ducati’s impressive performances throughout the year, Davies will fancy his chances.

One man who will be looking to build on his incredible run of consistency this year is eighth placed Tom Sykes. The 2013 champion has arguably been the rider of the year given the rapid rise to the front with the completely new Motorrad BMW team, which has gone from strength-to-strength in recent races.

With BMW confirming the arrival of Eugene Laverty alongside Sykes next season, the team will be hoping to carry their upward trend into the last four rounds ahead of next season.

One rider who is still recovering from injury and won’t be at Portimao is Britain’s Leon Camier of Honda, who will instead be replaced by Japanese rider Takumi Takahashi.