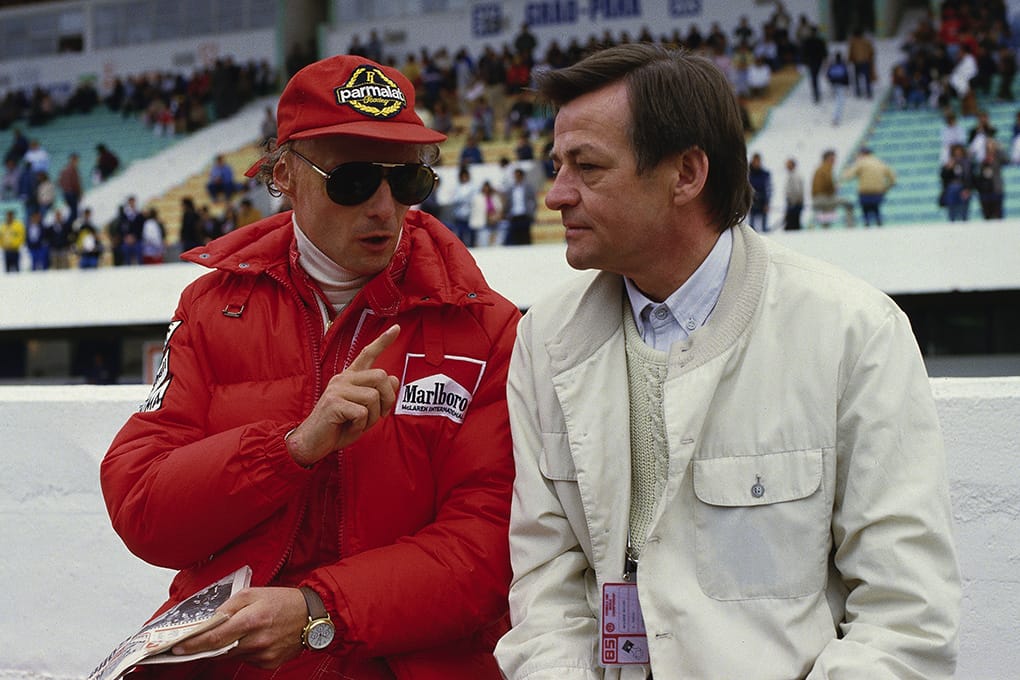 Two days on from marking the eightieth birthday of Porsche engineer Norbert Singer, it is time to take a look at another Porsche star who today (18 November), is celebrating his ninetieth birthday, Hans Mezger, who amongst his career highlights designed the 911’s air-cooled, six-cylinder boxer engine, the 917 and its V12 with a 180-degree bank angle and the legendary TAG Turbo Formula 1 engine.

Born in a small village near Ludwigsburg on the outskirts of Stuttgart, Germany, Mezger graduated in 1956 before starting his career at Porsche.

The “Mezger Engine” is born

As part of his initial work, Mezger gained experience working on the four camshaft Type 547 engine where he developed a formula for calculating cam profiles, which would later become part of Porsche’s first Formula 1 project in 1960.

He would also be involved in the 1.5-litre eight-cylinder Type 753 engine and the 804 chassis.

During the early 1960s Mezger would develop the world-famous “Mezger engine” for the 901 and 911 and in 1965 was promoted to the head of the race car design department initiated by Ferdinand Piëch.

Mezger was an integral part of the 917 project (that Singer also worked on) that was started in 1968, giving Porsche their first overall victory at Le Mans when they dominated at Le Mans and in the World Sportscar Championship in 1970 and 1971.

There would be more success in 1972 and a1973 with the 917/10 and 917/30 in the CanAm series, which used exhaust turbocharging technology developed by Porsche.

This technology would later be brought to road cars with Mezger and his team bringing the 911 Turbo to fruition in 1974.

In 1981 Ron Dennis and McLaren were searching for a new engine partner that could provide the team with a powerful turbo engine.

Porsche won the bid to build the engine and the decision was made to design and build the new engine from scratch.

Hans Mezger and his team produced a 1.5-litre V6 engine with an 80-degree bank angle that after further development would produce more than 1000 PS.

“This was a resounding success and also the most significant development contract for Porsche from an external company.”

In 1984 Niki Lauda took McLaren and the TAG Turbo engine to World Championship victory, and again in 1985 before Alain Prost secured another title in 1986.

Despite offers from other manufacturers, Mezger remained loyal to Porsche as he entered retirement and still owns his 911 Carrera 3.0 in Grand Prix white with “his” engine.