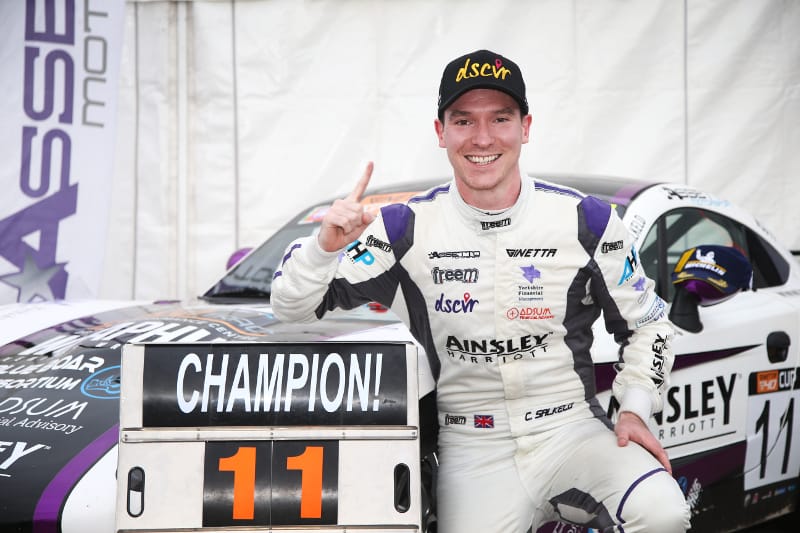 Salkeld (pictured) emerged victorious from a fiercely contested title battle in the G40 Cup last year. He graduates to the TOCA package with the team that guided him to the G40 honours, Assetto Motorsport.

“2019 was a fairy tale season for me,” said Salkeld. “After everything the team did for me last year, it was a no brainer for me to stay with them. It’s a big step up for me this year, but one that I’m really excited about making.

“We’re looking firmly at 2020 as a development year, with a new championship, new car and a new style of racing to learn. With that being said, I got to enjoy the taste of champagne last season and I will be pushing hard to challenge at the front of the Pro Am class.”

Deegan commented: “We have had some great success in tin-top racing and now it’s time to see how far we can push ourselves with a new challenge.

“Although it’s a new championship for me, we have had a test at Blyton Park in a Ginetta G55 and I felt very comfortable with how the car reacts and was able to push from the start. I look forward to seeing what we can achieve this season.”

Another new driver joining the grid with championship winning pedigree is Jamie Falvey. Winning the Caterham 270R title in his first full season of car-racing in 2018, the Nottinghamshire racer is entering Ginetta competition with Prophet FX Racing.

“We’re delighted to be entering the GT4 SuperCup,” said Falvey. “The calibre of racers in the series is very high and it’s arguably the most relevant, competitive and commercially viable GT championship in Europe.

“Single-make racing leaves nowhere to hide and it will be a big challenge for us. We have a very good team around us though and a fantastic title sponsor, and together we can put our best foot forward and show our professionalism from round one.”

Gus Burton will become the latest driver to step up from the Ginetta Juniors to the GT4 SuperCup. The 2019 podium finisher has joined up with Century Motorsport, who have won the Am Class in each of the last two seasons.

“I am delighted to join the Century team for next season’s Millers Oils Ginetta GT4 SuperCup. The team’s professionalism was apparent during a recent test day and their successes in GT championships is testament to this,” explained Burton.

Other news announced for the GT4 SuperCup includes Millers Oils returning as headline sponsor for a second season, while a new Pro Am category has been introduced for 2020 to make it a three class format for the new campaign.