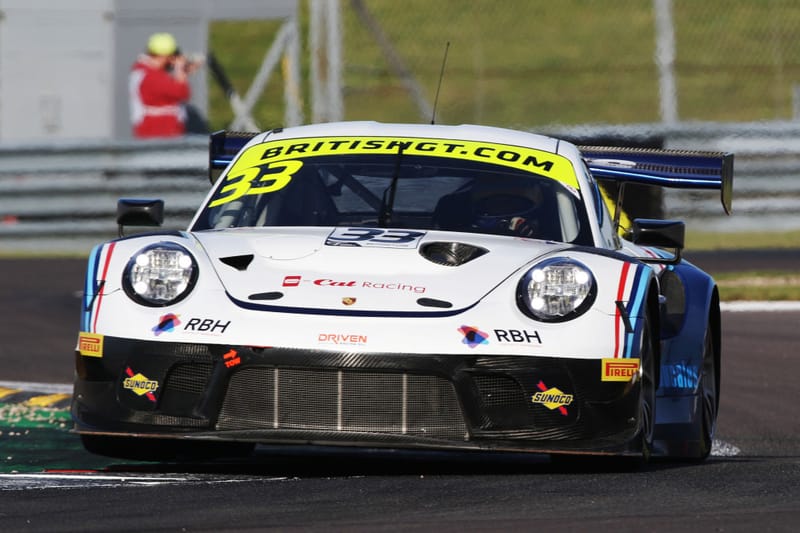 G-Cat Racing has announced that they will be returning to the Intelligent Money British GT Championship this season as a full time entrant. Shamus Jennings and Greg Caton will also be returning to pilot the team’s Porsche 911 GT3-R.

The team joined British GT halfway through last season after stepping up from the Carrera Cup GB. The AM/AM drivers will be looking to hit the ground running now that they have had a few races under their belt, and will want to test the competition all season long

The addition of the Porsche also now makes it six manufacturers for 2020 with them joining Aston Martin, Lamborghini, Mclaren, Bentley and Mercedes-AMG.

“I’m looking forward to our first full season in British GT, We both enjoy the championship’s endurance format, which provides something different to what we’ve been used to in the past,” said Jennings.

“As an all-amateur crew we’re realistic about the final result, but that’s not what we’re here for. British GT’s amateur environment is very competitive and provides a serious benchmark for us to aim at.“

Caton added,“We fully enjoyed our experience last year in the limited number of races we entered. I personally enjoyed the competitive atmosphere surrounding the championship, which pushes you harder to find the limit.

“As Shamus said, we’re here to have fun but also measure ourselves against some of the UK’s best amateur racing drivers. And a full-season entry gives us a better chance of doing that on a more consistent basis.“

By James Thompson
2 Mins read
Team Parker Racing have switched from Bentley to Porsche as Scott Malvern and Nick Jones will embark on a full season British GT assault in the 911 GT3R.
British GT

By James Thompson
1 Mins read
SRO Motorsports have released the revised 2021 British GT calendar which now sees the series kicking off at Brands Hatch in May 22/23.