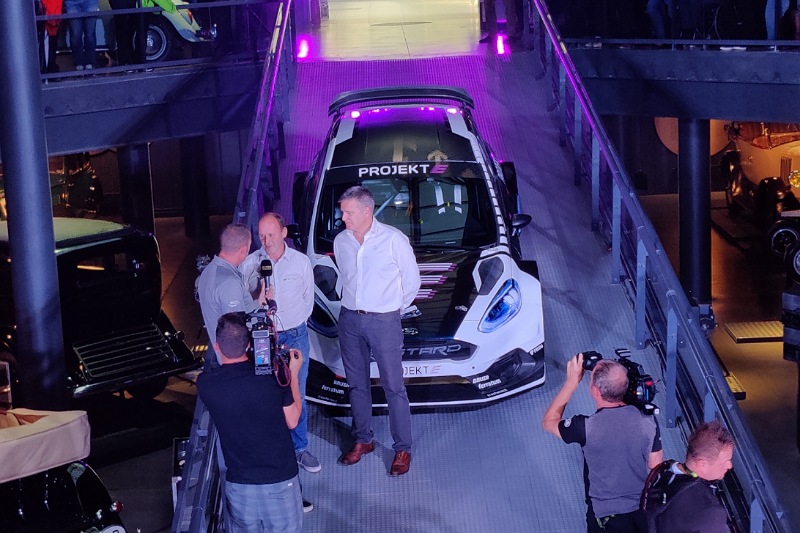 The first- ever all electric rallycross series Projekt E will continue with their development program for 2020.

The new series is created by the Austrian FIA World Rallycross Championship team STARD (Stohl Advanced Research and Development) and IMG, and will be the first step into making the championship electric in the future.

The 2020 FIA World RX calendar is currently being rescheduled due to the ongoing Coronavirus pandemic but the Projekt E series are aiming to at least run five European rounds this season.

The original Projekt E calendar featured Spa-Francorchamps as the season-opener, followed by Hell, but as both of those events are now postponed, Nürburgring is set to be the new season-opener on 1/2 August.

Michael Sakowicz who is the CEO and Founder of STARD has confirmed that the company have delivered some powertrain kits to customers and they are continuing with the production of them as well as building the rallycross cars.

“The absolute priority is that everybody stays healthy in these difficult times. Since the delivery of the first Projekt E Ford Fiesta to Holten Motorsport in November, we have built further cars and continue to do so. We are looking forward to the Projekt E cars competing against each other when circumstances allow,” Sakowicz, said.

Most recently the FIA announced they have decided to postpone the introduction of electric World RX classes to 2022 to allow teams to prepare more after the pandemic have ceased. Projekt E will be running as normal next season too as a support category.

“We are mindful that the world is a different place to what it was when we first launched the Projekt E racecar in Latvia in September last year. Our thoughts are with those that have been affected by the Coronavirus outbreak. We are continuing to plan for Projekt E racing in 2020 but health and well-being is at the forefront of our decision-making at this stage.” Paul Bellamy, Senior Vice President of Motorsports Events at IMG, said.

Projekt E are now planing the final calendar alongside FIA and IMG, they will release the events in due course.