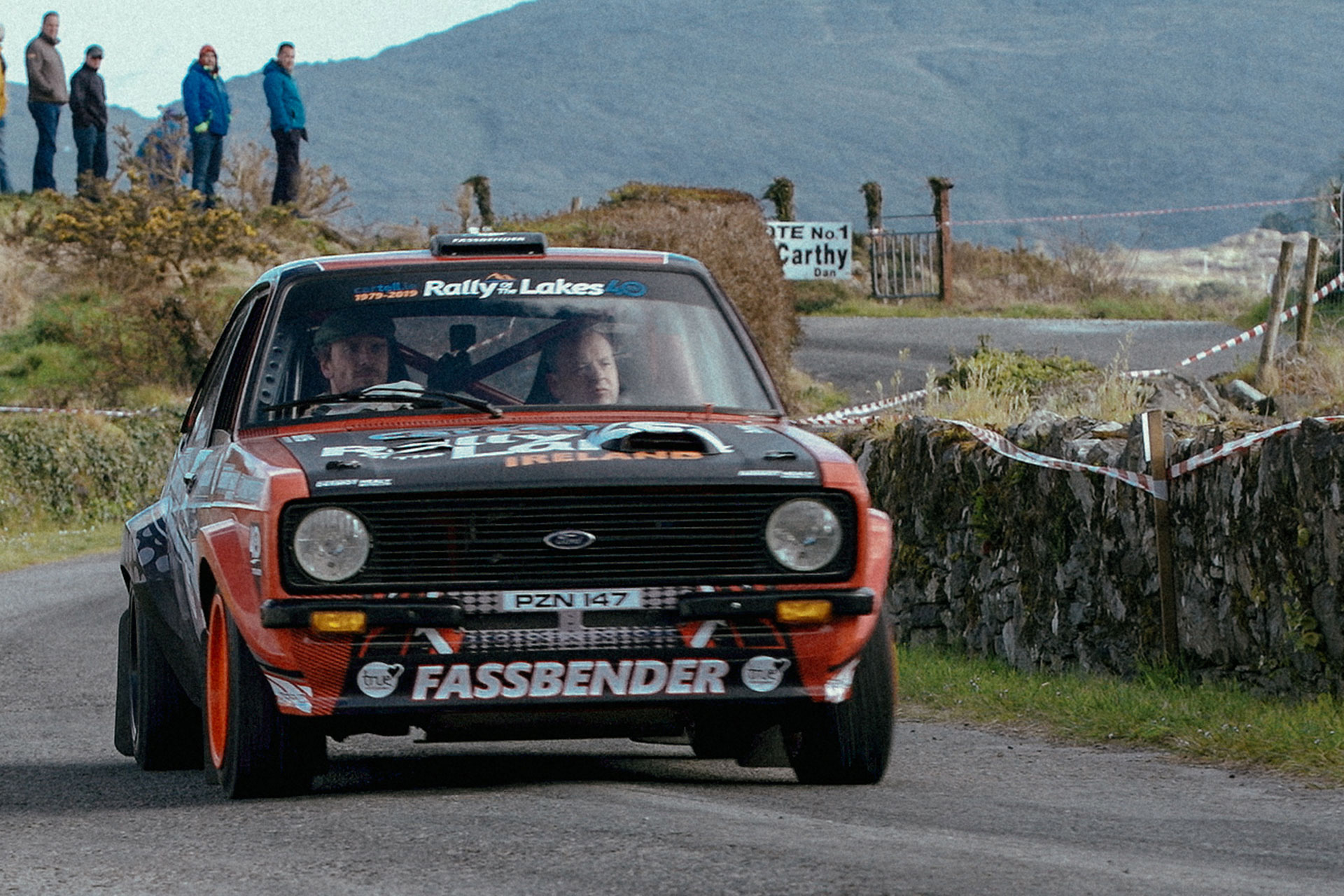 Following on from his exploits behind the wheel of a Porsche 911 Carrera Cup car, Hollywood actor Michael Fassbender headed back to his homeland of Ireland to take on the Rally of the Lakes stages in a 350bhp Ford Escort MK2.

Fassbender grew up in the area and last year was invited to help celebrate the fortieth aniversary of the event as a rally ambassador.

During the event Fassbender had a film crew follow him through the experience as he sat alongside veteran co-driver Barry Goodman.

“All my early memories are around cars, it’s such an addictive hobby. I’ve always felt called to it.” explained Fassbender.

A short film was made from the footage that was filmed throughout the experience by a school friend of Fasssbender’s, Marco Conte and follows his journey from using a rental car on the stages up until the event.

“Taking a corner, if the back wheels get off the gravel, it starts moving and it starts sliding, that really scared me. The first couple of runs I had to remind myself to breathe.” added the actor-turned-racer.

The film will be released in three parts excluively on the VERO platform and will also see Craig Breen and Paul Nagle take on the race as a ribute to his late father Maurice, an Irish rally legend who passed away in December 2018.

“The Rally of the Lakes in 2019 was a special event regardless for me and Paul, but having a star like Michael there really topped it all off. For that weekend, he was one of our own and we thoroughly enjoyed him being there – and it turned out he’s not a bad driver either!” said Breen.

While the 2020 edition of hte rally has been cancelled due to the ongoing Covid 19 pandemic, the documentary debuts today on VERO.

“I hope people will enjoy the film and find ways to support the local events that mean a great deal to them during these uncertain times,” added Fassbender. “Here’s to the next forty years of the Rally of the Lakes.”

Check out part one of the film exclusively on Michael’s VERO profile here:

By Daniel Lawrence
2 Mins read
Adding to his diverse range of commitments is Ken Block, who Tuthill Porsche has announced will race for them at this year’s East Africa Safari Classic Rally.
Rally

28 Drivers Using the C3 Rally2 for Title Chases this Season

By Pontus Lindroos
2 Mins read
A big entry list of over 200 cars has been revealed for the 2021 Rallye Sanremo that takes place next weekend, and it´s filled up with a lot of well-known rally drivers!