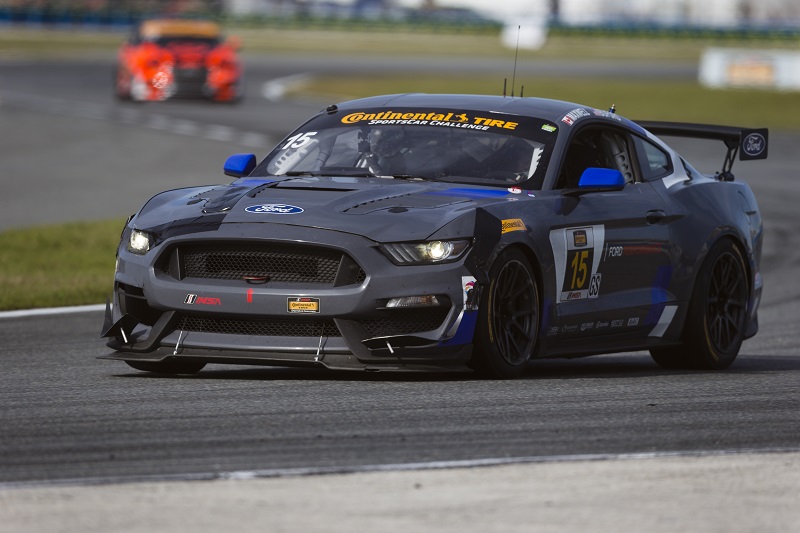 Jade Buford cut his teeth racing in sports cars. On Saturday, he makes the jump to stock cars.

SS-Green Light Racing announced Tuesday that Buford will make his NASCAR début in the Xfinity Series‘ Pennzoil 150 at the Indianapolis Motor Speedway road course. He will drive the #07 Chevrolet Camaro with sponsorship from Big Machine Vodka and Hand Sanitizer.

“Receiving this news was quite the eye-opener for me,” Buford said in a team release. “I’ve been craving an opportunity for years to have a shot at a NASCAR Road course race. They are my favorite races to watch and it is still surreal to be getting the chance to join in on the fun in the big show.”

Buford began 2020 with an eleventh-place finish in the IMSA Michelin Pilot Challenge season opener at Daytona International Speedway, driving a Ford Mustang GT4 for PF Racing in the Grand Sport class. The previous year, he ran the full MPC schedule and finished eleventh in the standings. He also spent 2019 dabbling in other sports car series like the British GT Championship and Pirelli GT4 America.

In 2019, he scored the Mustang GT4’s maiden victory in the Pirelli World Challenge as he took the checkered in the GTS SprintX round at Circuit of the Americas. He ended that season with a third-place points finish.

Buford also has three Rolex 24 Hours of Daytona starts from 2010 to 2012, though his teams failed to finished all three. His best finish in the Rolex Sports Car Series is a GT class podium at Mid-Ohio Sports Car Course in 2010.

“Jade is a great racer who has truly earned a shot in NASCAR’s Xfinity series,” Big Machine head Scott Borchetta added. “He is a master of his craft and has an incredible understanding of how to go fast. If some breaks come his way at Indy, don’t be surprised to see him running up front.”

During the weekend, Buford drove a Cup Series car formerly run by Bill Elliott at Mid-Ohio.

The 32-year-old is one of a rare group of road course ringers entered for the Pennzoil 150. Although the Xfinity Series’ road races generally attract plenty of drivers with experience on such courses, Buford, longtime NASCAR driver Mike Wallace, and Spec Miata champion Preston Pardus are the lone drivers who will make their first NASCAR races of 2020 in the event. NASCAR and sports car veteran A.J. Allmendinger, who won his first NASCAR oval race earlier in the season, is also participating.

On the other hand, three-time Cup Series champion Tony Stewart withdrew from the event as COVID-19 has forced the race to be run without fans. Despite questions from fans about the low number of ringers, it can be partly attributed to IMSA also racing that weekend at Daytona.

Nevertheless, Buford has a familiar face on track in Austin Cindric. Cindric, racing for the Xfinity championship, was a co-driver of Buford’s in the Challenge for Multimatic Motorsports in 2015.

Buford’s #07 was primarily driven by Ray Black Jr. before he stepped back to focus on his family business that had been impacted by COVID-19. In the seven races since, the car has been shared between Garrett Smithley, Carson Ware, J.J. Yeley, and Gray Gaulding; the #07 is currently nineteenth in the owners’ points.

The Pennzoil 150, part of a Saturday doubleheader with the NTT IndyCar Series‘ GMR Grand Prix, will be NASCAR’s first time racing on the Indianapolis road course layout.

UPDATE: This article has been updated to include an official announcement from SS-Green Light Racing.