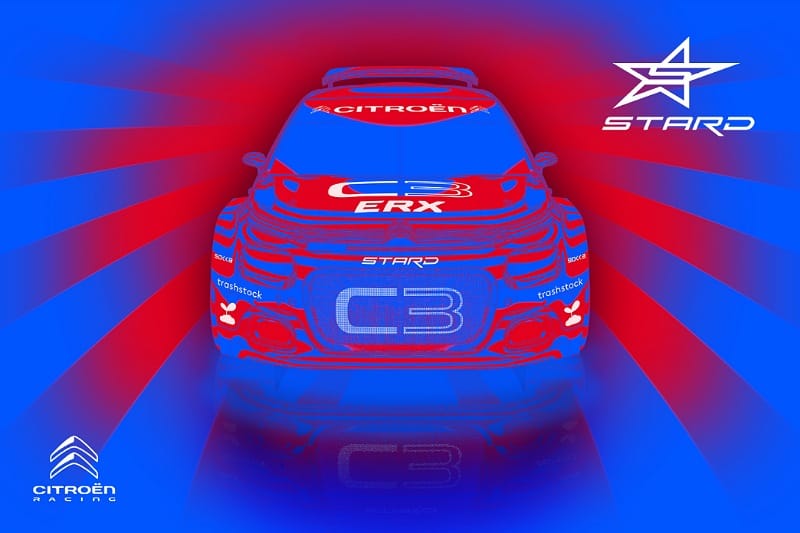 Citroën Racing will join the new all-electric Projekt E support series to the FIA World Rallycross Championship, becoming the second manufacturer in the series alongside Ford.

Citroën Racing will develop and support the new Citroën C3 ERX vehicles and they’re the first manufacturer to use the Rally2 (former R5) rolling chassis as a base for the electric-powered cars. Using the C3 Rally2/R5’s as a base, they’ll also be equipped with the REVelution electric powertrain kit, supplied by the series founder STARD.

“I celebrated my best World Rally Championship seasons and podiums behind the wheel of highly competitive PSA cars from Citroen and Peugeot. PSA Motorsport is one of the best automotive competition departments in the world, in particular when it comes to rally and rallycross cars. ” Manfred Stohl, Stohl Group President, said on the news.

“Our FIA certified STARD EV powertrain system is unique globally and offers an unchallenged ratio of cost to performance, with minimised running costs. Installing this into an Citroen Racing C3 R5 rolling chassis results in a very powerful combination in terms of performance, but also in customer friendliness. The possibility for customers to purchase genuine spare parts for the car online from the official “Citroen Racing Shop” with the known top-class customer service is a totally new level for an all-electric motorsport program. I feel honoured to have Citroen Racing as our partner.”

The C3 ERX cars will be fitted with three of electric motors that combined produces 450kW (613bhp), 1002nM of instantaneous torque and can reach a top speed of 240km/h. The cars will be using a two-speed transmission that are fitted on each of the car’s axles.

The Citroën C3 R5 car made its rally debut in 2018 and since then Citroën Racing have sold 60 cars worldwide. The cars have had huge success by competing at more than 270 events, claiming 136 podiums and 58 victories to date.

“Since the commercial launch of the C3 R5 in 2018, our car has become one of the references of its class. It has proved its potential on the rally roads which has provided a solid basis for STARD to develop the C3 R5 ERX.” Didier Clément, Citroën Racing Head of Customer Racing Promotion Activities, added.

“We are delighted to support STARD on this ambitious project and will follow the project closely. Motor sport is at a turning point and we see more and more extremely competitive electric cars. The C3R5 ERX shows that our C3R5 family continues to grow, with a new product that looks promising. We can’t wait to see the C3R5 ERX in its first test drives and to follow the adventures of STARD on the track.”

“We are delighted to announce the world’s first C3 R5-based all electric racecar. Supported by Citroen Racing, we are raising the benchmark in customer electric motor sport. The car is immediately ready to be raced in Projekt E, but can also be used for hillclimb, city races and sprint rallies on national and international level. Our electric powertrain system is the only one on the market with completed FIA approval besides Formula E, and we couldn’t be more excited about this venture.” Michael Sakowicz, STARD CEO and founder, said.

The car is set to make its rallycross debut at the World RX of Höljes on 22-23 August, witg the driver of the car set to be announced in due course.

By Pontus Lindroos
5 Mins read
Everything you need to know to get up to speed ahead of the second round of the 2020 FIA European Rallycross and Projekt E series’ this weekend.
Projekt E

Baumanis to Race in Projekt E in Latvia

By Pontus Lindroos
2 Mins read
Janis Baumanis will return to rallycross next weekend in Latvia as he enters the Projekt E series in a Ford Fiesta ERX.
Projekt E

By Pontus Lindroos
2 Mins read
France’s Cyril Raymond is returning to the World Rallycross paddock next weekend as he debuts the brand-new Citroën C3 ERX in the Projekt E series.