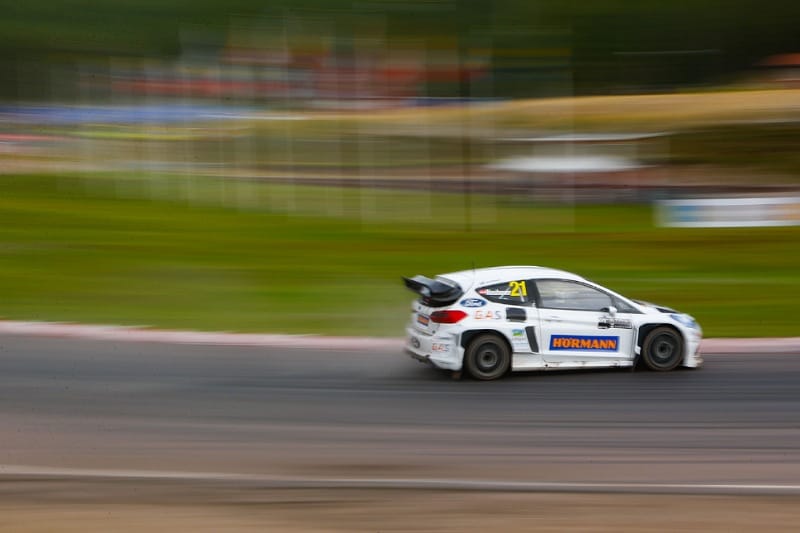 Neubauer had mixed results throughout the weekend, he was the first driver to win a qualifying session in the new series but a post-race steward decision saw him receive a 30 seconds penalty for pushing Ken Block in to a spin.

However in the second qualifying that was held later on Saturday afternoon, Neubauer took redemption from his earlier misfortune as Block hit the armco at the downhill section at high speed that led in to a spin, meaning Neubauer could pass to take his one and only race win over the weekend.

In the final, Neubauer was chasing down race leader Block for half of the race until his Ford Fiesta ERX electric supercar suffered a broken driveshaft, handing Natalie Barratt second place and leaving the Austrian to settle for a third place in the first round of the season.

“Unfortunately it was bad luck for me in the final with a broken driveshaft but it was great fun all weekend and very enjoyable.” Neubauer said.

“The car is easy to drive, for sure there is a little room for improvement but everybody can drive this car and it’s a lot of fun. The competition between the other guys was not easy, I enjoyed it a lot and after the first taste I am eager to do more projekt E electric Rallycross racing in the future.”

It’s still unsure if we will see Neubauer entering the second round of the Projekt E series in Latvia on 19/20 September but as he mentioned he is eager to do more rounds as soon as possible.