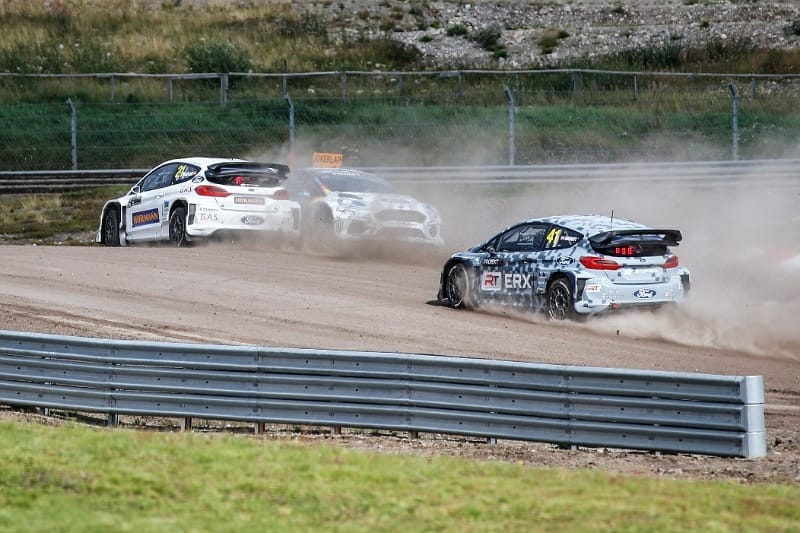 The first round of the new all-electric rallycross series Projekt E was held at Höljes in Sweden last weekend as a support class alongside the FIA World Rallycross Championship, making history as the first rallycross series to run with only electric power.

The cars that were entered at the weekend were developed and manufactured by STARD using their in-house built electric drivetrains called REVelution, with three motors producing 450kW (613bhp) and 1002Nm of instant torque.

There were only three Ford Fiesta ERX cars entered for that weekend due to the ongoing COVID-19 pandemic’s travel restrictions but more cars will be entering for the upcoming rounds.

STARD has almost 10 years behind of development and research led by the CEO Michael Sakowicz and the former World Rally and Rallycross driver Manfred Stohl. The debut of the series at Sweden means that the series joins the Formula E championship as the only top all-electric motorsport series in the world.

“What a truly amazing weekend, after many years of working so many very long days to develop this concept in-house in Austria, it was incredible and emotional to witness the racing this weekend.” Sakowicz said.

“It was brilliant to run the REVelution powertrains on one of the world’s most challenging rallycross circuits, with three very different but great drivers and deliver the first taste of top class international electric motorsport in rallycross. Our powertrain and cars are being raced in an environment as rough and fast as no other electric racecar has ever done before.”

“We are so proud of the performance and reliability we have seen this weekend, which was flawless apart from minor rallycross-typical damages like a broken driveshaft. Charging supplied by the grid without any generators, temperature management of the powertrain and service on work around the cars, all worked entirely perfect. The hard work doesn’t stop though and we will raise the level even more for the second Projekt E race in Latvia next month.”

The next round of the Projekt E series will take place in Latvia on 19/20 September where the concept was introduced to the audience for first time last year at the Riga Motor Museum. The Citroën supported Citroën C3 ERX that was set to make its debut in Sweden will be joining the grid in Latvia.

By Pontus Lindroos
1 Mins read
Ferratum Team has now purchased a Ford Fiesta ERX all-electric Supercar that they will compete with in the final two rounds of the Projekt E season.
Projekt E

Projekt E: Raymond and Baumanis Tied on Points After Riga Day One

By Pontus Lindroos
2 Mins read
Cyril Raymond sits in the top qualifier spot after the first day of the Projekt E series in Latvia after a close battle with rival Janis Baumanis.