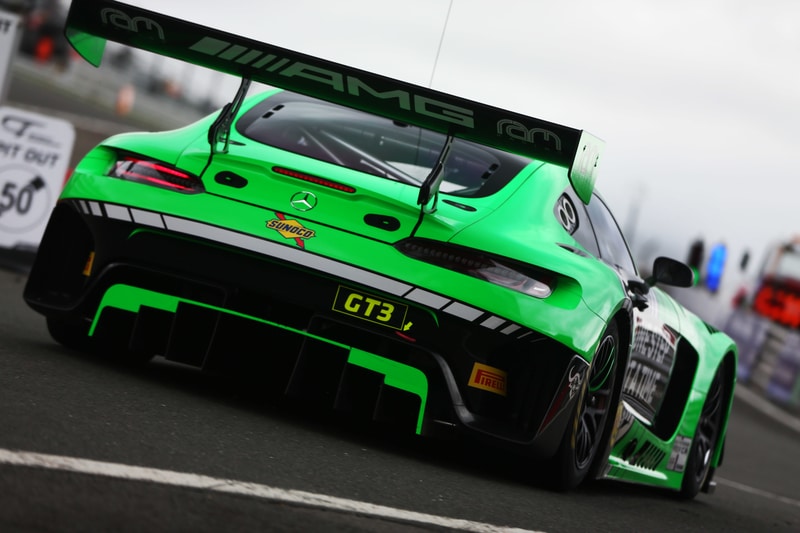 Yelmer Buurman went quickest in Free Practice 2 as the RAM Racing team continued to set the pace at the Donington Park round of the Intelligent Money British GT Championship.

After having been beaten by his silver rated team-mate Patrick Kujala in Free Practice 1, Pro star Buurman dominated the session as he was fastest throughout.

After initially losing fastest time to championship leader Sandy Mitchell, the Dutch driver responded emphatically as he set a time of 1 minute 27.047 seconds, which was over a second faster than the previous time to go fastest.

As is the closeness of the British GT field, his gap over the rest of the pack, covered all cars from 2nd to 12th.

Phil Keen in the #72 Barwell Motorsports Lamborghini eventually set the second fastest time but he was still 0.4 seconds slower than Buurman’s effort.

The returning Joe Osbourne in the #36 Balfe Motorsports McLaren rounded out the top three a further 0.234 seconds further back.

Mitchell and Rob Collard eventually finished the session in fifth place, but the #78 Barwell Lamborghini has shown promising pace all weekend.

After having set the fastest time in Free Practice 1, Kujala and Sam de Haan were unable to replicate their pace and the #69 Mercedes ended the session in tenth place, a second off the pace.

In GT4 James Kell once again showed the pace of the #23 Speedworks Motorsport Toyota Supra as he went quickest in the session.