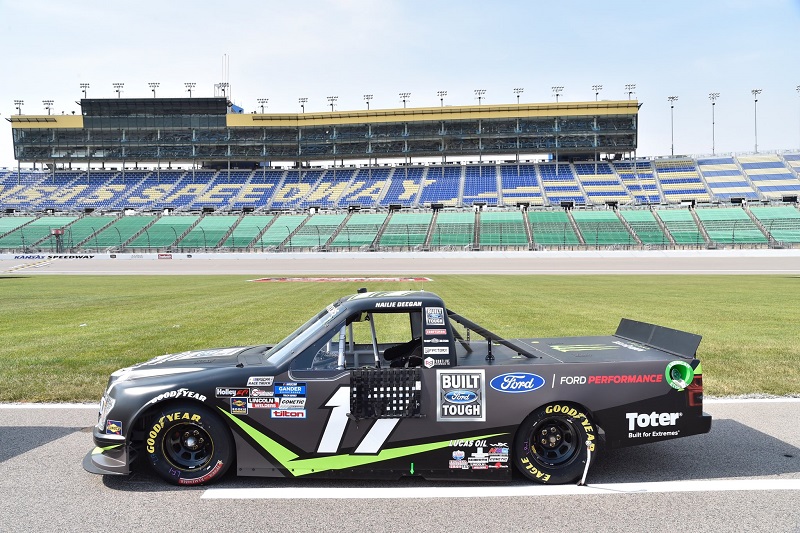 It has been quite an eventful two days for Hailie Deegan. On Saturday, a day after finishing third in the ARCA Menards Series standings and during her NASCAR Gander RV & Outdoors Truck Series début, DGR-Crosley announced she will run for Truck Rookie of the Year honours in 2021.

“I am excited for this next step in my career with Ford Performance,” Deegan said. “I have raced trucks in the off-road world but to now have the opportunity to race trucks next season in the NASCAR Camping World Truck Series is a dream come true. I have some great partners already behind me for next season. We have a few primaries still available and I hope that we can fill these up in the coming weeks. I can’t wait for Daytona 2021 to get here.”

The daughter of motocross great Brian Deegan, the second-generation Deegan has quickly climbed the stock car ladder after transitioning from the off-road ranks. After winning three races in what is now the ARCA Menards Series West, she joined DGR-Crosley for the full 2020 slate in the ARCA national series. She failed to win a race, but finished third in points with four top fives, including a pair of runner-up finishes at Daytona and Illinois State Fairgrounds, and won Rookie of the Year.

Deegan is a Ford Performance development driver, having moved over from Toyota prior to the 2020 racing season. Prior to COVID-19, she had been slated to contest a variety of series; while much of those plans were thrown away by the pandemic, she ran the IMSA Michelin Pilot Challenge season opener at Daytona in January.

“We are very happy with Hailie’s progress as demonstrated in her first year as a part of our Ford Performance driver development program,” said Ford Performance Motorsports global director Mark Rushbrook. “Continuing with the consistency from DGR-Crosley, Hailie is ready to make the step to the NASCAR Truck Series, providing some intense competition and great racing.”

By Justin Nguyen
4 Mins read
A chaotic final ten laps closed out the NASCAR Truck Series playoff opener at IRP, one that Grant Enfinger won to advance to the next round.