Breen and Sordo to Share Third Hyundai Seat in 2021 WRC 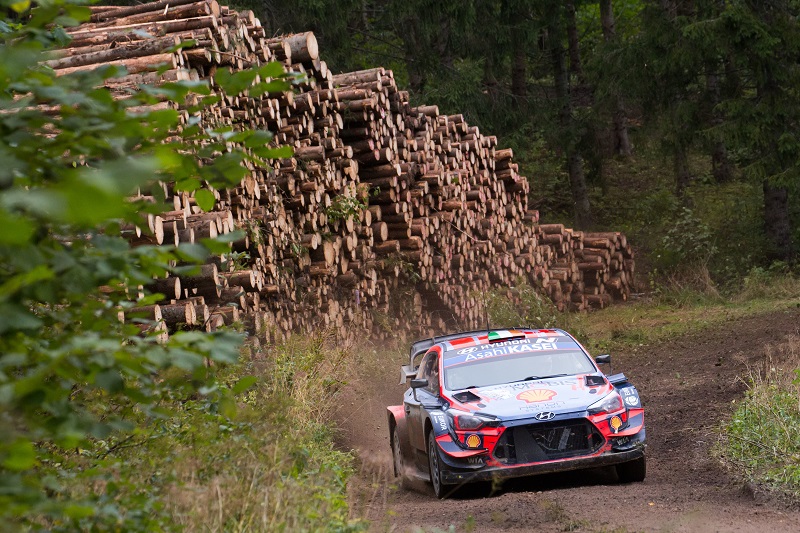 Both drivers had been in a similar role with the team throughout this season, although had to share the car with nine-time champion Sebastien Loeb, with Spainard Sordo impressing especially after taking a second consective win on Rally Italia Sardegna.

Sordo also was competitive on the final round of the shortened 2020 season at Rally Monza last weekend where he ended the event third overall, while Breen also performed well as the season resumed in Estonia following the lockdown caused by the coronavirus pandemic.

With Loeb opting to leave the team altogether ahead of a Dakar program with Prodrive, it means Sordo and Breen will each in theory get more rounds with the team.

Team Princiapl Andrea Adamo, who recently led Hyundai to a second Manufacterers crown in the WRC, said on the news: “We have hardly finished one season before our thoughts immediately turn to the next,”

“After a disrupted 2020 championship due to the pandemic, consistency will be key as we aim to build further on our achievements. We are pleased to confirm that Dani and Craig will share a third Hyundai i20 Coupe WRC in 2021, alongside our previously announced drivers Thierry and Ott.

“All four drivers have shown their speed and commitment this year, with victories and podiums to support our title fight. Our crews offer the perfect blend of experience and hunger for our 2021 title hopes – both in the manufacturers’ and drivers’ – and we are pleased to have them in our organisation.”

Sordo is one of the most experienced drivers in the championship having competed with Citroen alongside Loeb before he moved to Hyundai, and is now set to enter his eighth season with the team in 2021.

“I have said before that Hyundai Motorsport is like a family to me, and that has never been clearer than during 2020,” added Sordo.

“We have had a challenging year, but we have supported each other through it all. I am fortunate to have been part of this team since the very start and we continue to grow each year.

“Securing my second WRC win with the team in Sardinia – repeating what we achieved in 2019 – was a great example of how we can continue to be successful together. I look forward to more great results in 2021!”

Although he is yet to take a win in the WRC for Hyundai, Breen has shown regularly that he is one of the quickest drivers in the field, with the Irishman vowing to show excatly what he can do when he makes his first appearence of the season on the second round in Sweden.

“To have the opportunity to compete on the stages of the World Rally Championship with Hyundai Motorsport has genuinely been a dream come true for me,” commented the delighted Breen.

“Although I have joined the team in occasional rallies since 2018, this year we were really able to demonstrate our potential, with second place in Estonia: It gives us something exciting from which we can build. The team has placed its faith in myself and Paul to deliver more of these results in 2021. We’ll give everything we’ve got, starting from Rally Sweden.”

The 2021 FIA World Rally Championship is set to get underway with Rallye Monte Carlo between January 21-24.

By Steven Batey
1 Mins read
Oliver Solberg says this weekend’s Arctic Lapland Rally is a “big adventure” as he gets set to make his debut for Hyundai.
FIA World Rally Championship