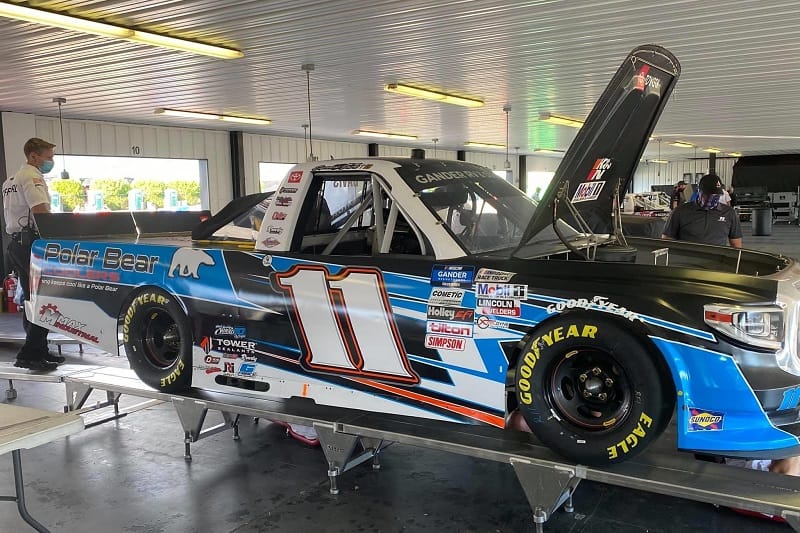 Spencer Davis and his team have signed on for the full 2021 NASCAR Camping World Truck Series season. Spencer Davis Motorsports will field the #11 Toyota Tundra for all twenty-two races beginning at Daytona.

The team posted on Instagram, “Spencer Davis Motorsports will be headed to @daytona in 3 weeks to take on the NextEra Energy 250!! Kicking off our FULL TIME 2021 season in our #11 @toyotaracing Tundra, driven by @spencerdavis_29 !!!”

Davis had previously announced in December that the team would enter the first two races of the year at Daytona and on its road course. He has raced in the Truck Series on a part-time scale since 2018, finishing seventh in his series début in that year’s season opener for Kyle Busch Motorsports. Over the next two years, he ran nine races with KBM, Rette Jones Racing, and Niece Motorsports, during which he scored two top tens (eighth at Kentucky in 2018).

In 2020, he formed his own team from RJR’s #11 and ran the bulk of the season. However, after contesting ten of the first eleven races, he was forced to sit out the Michigan event after testing positive for COVID-19; he was one of four national series drivers to have a positive coronavirus test during the 2020 season along with the Cup Series‘ Jimmie Johnson, Brendan Gaughan, and Austin Dillon. Davis, Dillon, and Johnson all also missed a race due to their tests.

SDM’s maiden season ended with fourteen starts, seven top twenties, and a best finish of twelfth in their début at Las Vegas. The team is one of five confirmed full-time Truck organisations to use Toyota power alongside KBM, Clay Greenfield Motorsports, Halmar Friesen Racing, Hattori Racing Enterprises, and McAnally-Higemann Racing. ThorSport Racing is rumoured to be joining them after announcing their departure from Ford earlier in the week.

With the announcement, Davis will run his first full national series schedule. In 2019, he finished fourth in the now-ARCA Menards Series East championship for RJR with a win at Gateway; he has two career victories in the series.

By Justin Nguyen
2 Mins read
In a unique form of Double Duty, Max Gutiérrez will run the NASCAR Truck Series at Nashville on Friday before crossing the border to race in the NASCAR Mexico Series at Cajititlán on Sunday.