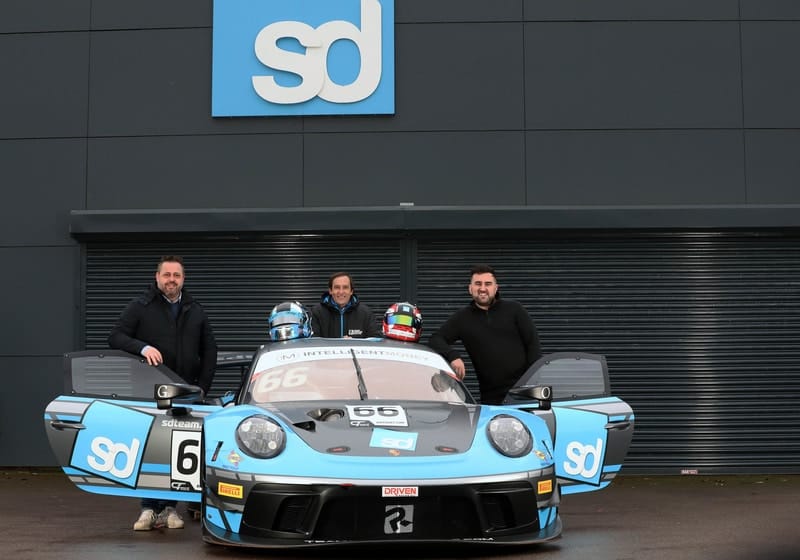 Team Parker Racing will enter the Porsche GT3R for the team’s assault on the 2021 Intelligent Money British GT championship season.

After five seasons competing in the GT3 ranks with Bentley machinery, TPR will enter one 991.2-spec 911 GT3 R for a full season entry, the first time the car has made a full title campaign since its introduction in 2019.

The team also announced that their Pro-Am driver pairing of Scott Malvern and Nick Jones will remain with the team for the sixth successive year and their eighth successive season together.

The duo took one victory last year in the changeable conditions at the fourth round at Donington Park, and the duo are hoping that their familiarity with each other, as well as rule changes to favour Pro-Am pairings together with the the 911’s potential will see them right at the top end more often.

“The GT3 R is a proven product and even reading the manual at the moment it looks like a professional, finished product, and I have no doubt it will live up to expectation”, said Malvern

“Both Team Parker Racing and Nick have done well to even get hold of this car because they just aren’t available, and I think it will be the perfect car for British GT if you look at the weather we had last year, and the sort of circuits we race on.”

Team principal Stuart Parker added: “It is fantastic to announce our plans for the 2021 British GT Championship as we begin a new era with the Porsche 911 GT3 R.

“Everyone at the team is delighted to take this step with Porsche after our long-term success with the manufacturer over almost 20 years and we couldn’t think of a better line up than Nick and Scott to drive the car, after five years together.

“We cannot wait to get out on track with the GT3 R and put it through its paces as we prepare to open the season.”

Brands Hatch hosts the opening round of this season’s Intelligent Money British GT Championship on May 22/23.