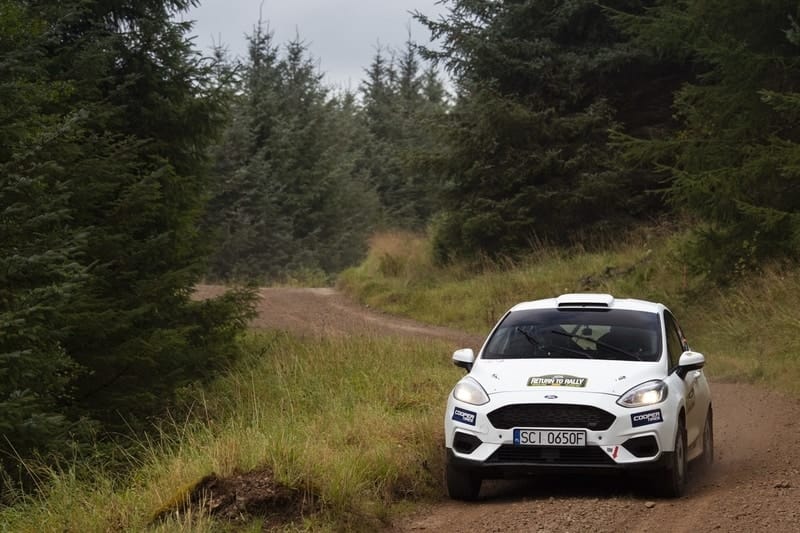 A first full Season in Championship competition is a big step for any young driver, and the latest youngest to make the jump is 18-year-old Elliot Payne. Payne will embark on his debut season in the Junior British Rally Championship this year alongside Scottish co-driver Cameron Fair. The pair will be competing in an M-Sport Ford Fiesta R2T & will be hoping to get up to speed quickly in a championship that offers a World Rally Championship drive courtesy of Hyundai Motorsport Customer Racing for the overall series champion.

Son of 2016 British Trials and Rally Drivers Association titleholder Charles Payne, Elliot, isn’t looking as far ahead as a WRC drive just yet and is primarily focussing on using 2021 as an education on the British Rallying scene;

“It’s going to be an interesting year and I`m looking forward to finally getting back out again,” says Payne.

“I`ll be mixing my Junior British Rally Championship campaign with hopefully some outings in an R5 throughout the year so I`m heading for Snetterton in that as my first rally of 2021. But to be honest, no matter what car I`m in, I`ll be treating it as a learning year”.

Elliot is the latest in a long line of British Rallying teenagers to emerge from the ever-popular Junior 1000 Rally category, in which he competed from the youngest eligible age of 14. The category is a cost-effective and practical means to enter the world of rallying and Payne had a string of competitive results before a nasty ankle injury in 2019 put a hurdle in his development.

Payne bounced back from the injury in 2020 and with a combination of a Fiesta R2T in 2020 and driver coaching from two-time BRC champ Matt Edwards entered the BTRDA series, this venture was unfortunately short-lived as a result of the pandemic.

Once competition resumed in 2020 Payne wasted no time in getting back out onto Rally stages. His efforts were rewarded with success; a class win on the Malcolm Wilson Rally, second in class at the M-Sport Return to Rally Stages and the Dukeries rally. Perhaps the finest of Paynes 2020 Rallying achievements came at the Rali Adfer Coedwigoedd Cymru, where at just his fourth ever gravel event, finished in a remarkable second place overall.

It is on the gravel where Payne is hoping to learn, and he is keen to stress that his Junior BRC campaign is all about learning and development;

“I need more grounding on gravel events and this really will be a steep learning curve for me. I need to get used to the car on gravel and see what the pace is like on the first few and pick it up from there. I`d like to think I`ll be somewhere close but the big push will come next year. For now, top five would be the aim”.

If this steep learning curve goes to plan, then perhaps Elliot Payne will be a Rallying name to keep an eye on in the future.

By Nick Turner
2 Mins read
Creighton will dovetail his JWRC campaign with a JBRC season as he looks to improve on his two runner’s up finishes.
British Rally Championship