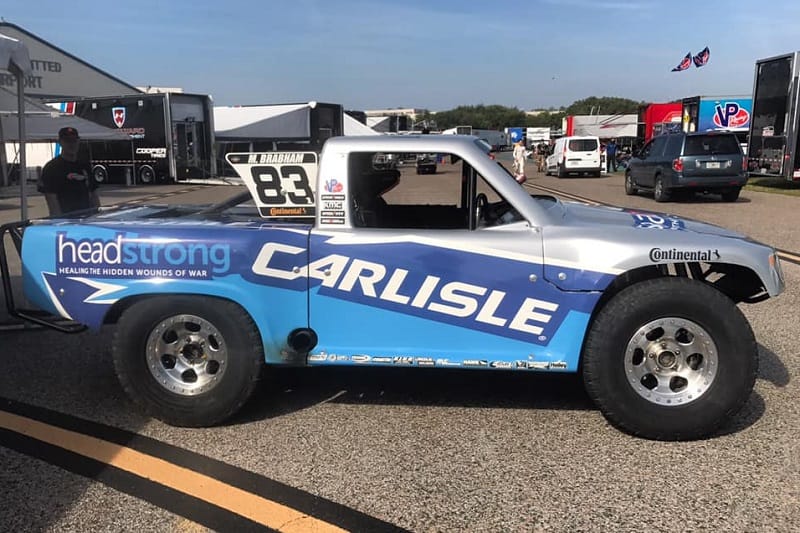 In 2017, Matt Brabham won the SPEED Energy Stadium Super Trucks‘ Race #2 at the Firestone Grand Prix of St. Petersburg in what would be the series’ final trip to the street course for the next three years. Now that the trucks are back in Florida to begin the 2021 season, Brabham did not take long to reacclimate to manoeuvring the course in a stadium truck as he led Friday’s practice/qualifying session.

Sheldon Creed, making his return to the series during an off-week for the NASCAR Camping World Truck Series and a two-time St. Petersburg winner, followed at 1:35.3018. His second fastest was 1:35.3205 (67.981 mph). Creed and Brabham were consistently the fastest pair for much of the session before Brabham leapfrogged Creed and held the top spot for the remaining fifteen minutes.

Shortly before the nine-minutes-remaining mark, Arie Luyendyk Jr. briefly locked up his brakes and went wide into the opening corner, but he still ended his Friday with the third-best time at 1:36.0947. His second best was 1:36.1400 (67.402 mph).

“Practice one went ok the transmission was getting alittle to hot,” wrote Max in an Instagram post.

Stout posted on Instagram, “My first session in SST was a blast! Same track I started pro racing at 11 years ago and just as fun now as it was then! Maybe a little more fun in this case!”

Two races will take place over the weekend with the first on Saturday at 12:50 PM Eastern and the second on Sunday at 11:05 AM.

By Justin Nguyen
1 Mins read
Bo LeMastus, who previously worked as an NASCAR and ARCA owner/driver, is a last-second addition to the Stadium Super Trucks’ St. Petersburg weekend. He will make his series début.