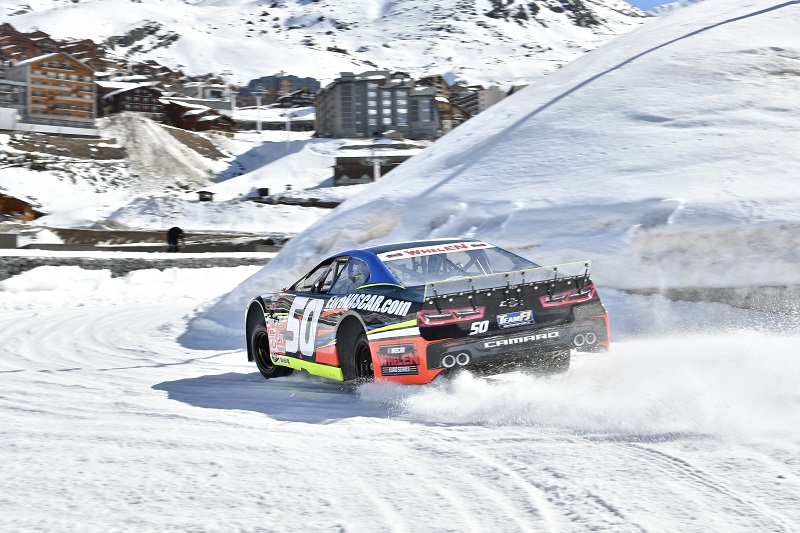 In what has been branded “a season for the ages”, the 2022 NASCAR Whelen Euro Series schedule will feature perhaps its most versatile slate yet. The season consists of twelve points rounds across six tracks in as many countries, but the series has also added two exhibition races: an all-star race in Italy and a special exhibition race on snow/ice at the end of the year.

“With some of the most iconic circuits and a new revolutionary NASCAR on ice event, the stage is set for an amazing EuroNASCAR season,” said EuroNASCAR head Jerome Galpin. “Our great circuit partners are already at work to welcome fans back at the track and offer them the best racing show in Europe in great American festivals. After two challenging years, it is truly a pleasure to gather again to share our passion for pure racing.”

The season will begin at Hockenheimring in Germany, which was on the schedule from 2017 to 2019 but never as the first race. Hockenheim was removed in 2020 and 2021 due to the COVID-19 pandemic.

Circuit Ricardo Tormo, which has been the longtime site of the season opener (with the exception of 2020 for pandemic-related reasons), is bumped back to be the second round. This is followed by Brands Hatch’s Indy Circuit layout, which has welcomed the NWES for nearly a decade.

Brands Hatch marks the conclusion of the season’s first half before an all-star event in Italy is to take place sometime in the summer. A specific location and date were not immediately provided, though the Vallelunga Circuit near Rome is the site of the 2021 season finale.

The second half kicks off at Autodrom Most in the Czech Republic, which joined the series in 2020. Circuit Zolder marks the final race of the regular season.

The championship round will come down to the EuroNASCAR Finals at Automotodrom Grobnik. Double points will be awarded for all four sprint races.

Perhaps the most eye-grabbing addition is the introduction of a postseason race on ice and snow, dubbed a “Winter Classic”, at a currently-undisclosed site. It will be the first time that an official NASCAR series raced on such a surface. In April, Galpin drove a EuroNASCAR FJ around the Alain Prost Circuit in Val Thorens, France, which hosts the Andros Trophy ice racing series.

By Justin Nguyen
2 Mins read
The 2021 NASCAR Whelen Euro Series will have some competition tweaks such as Race #1 podium finishers receiving a “success handicap” that impact their starting spots for the second.