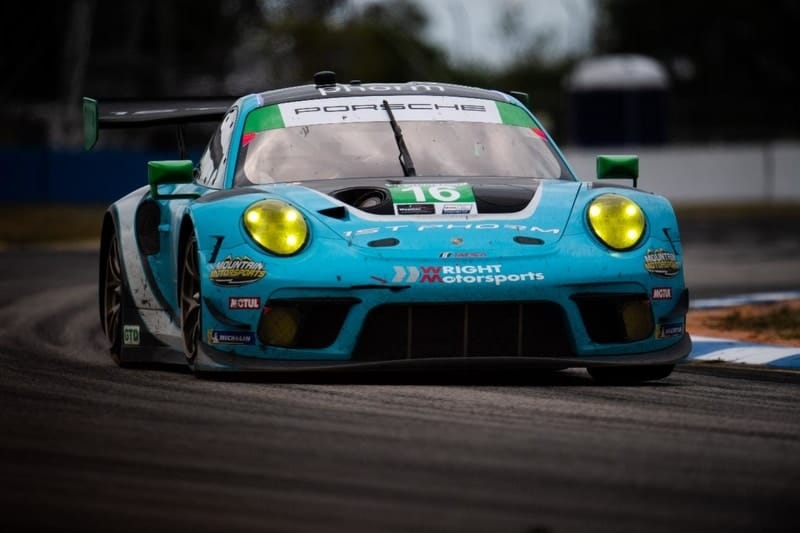 Porsche customer racing team Wright Motorsports currently leads the GTD class points in both team and driver standings after securing a first-place finish at the Rolex 24 at Daytona six weeks ago.

With the same lineup from Daytona (Ryan Hardwick, Jan Heylen, and Zacharie Robichon) piloting the #16 1st Phorm Porsche, Wright Motorsports will be looking to continue the two-year podium streak they hold at Sebring International Raceway. The team placed first in 2020 with Hardwick, Heylen, and Patrick Long following early race contact and running on a broken shock. In 2021 Long, Heylen, and Trent Hindman would take pole and come home to take the second step on the podium in a Porsche 1-2 finish.

Continued success at Sebring following the Daytona win would assert the team as a competitor to keep on an eye on this season. Sebring International Raceway poses a challenge for both cars and drivers, this is due to how the track was paved in the 1950s combined with various patches making the track especially bumpy. “Sebring is without a doubt the toughest and most grueling race of the year,” Hardwick commented, “We are not planning to let our foot off the gas heading into Sebring!”

Noting the high the team was on following the Daytona win, team owner John Wright also commented on the team’s focus for Sebring, “That was an incredible moment in our team’s history, but as soon as the event was over, it became time to focus forward and get ready for the rest of the season.

“Our team is ready, our car is prepared, and the drivers are focused. Momentum and consistency are on our side, and we are ready for an event that always demands the most from its competitors.”

Hi, I'm Seth and I am an amateur racer/driver. I love Miatas and anything auto racing-related.
Articles