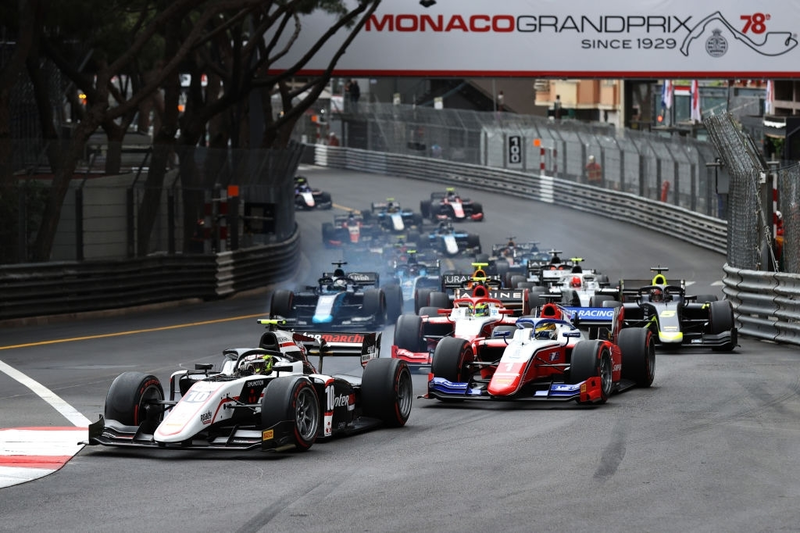 Less than a week after round four of the 2022 FIA Formula 2 championship, the grid is back for round five on the streets of Monte-Carlo where they will battle it out for glory around the sport’s most iconic circuit.

After debut podiums for four drivers in Spain, it now means that two-thirds of the grid (fifteen of twenty-two) now have a podium in F2 to their name, adding to the mix of a great season ahead.

The Story So Far

The last round at the Circuit de Barcelona-Catalunya was dominated by one driver and one driver only: Felipe Drugovich.

The MP Motorsport man was a man on a mission, taking victory in the Sprint Race on Saturday afternoon and putting in a tyre-management masterclass on Sunday to win the Feature Race after starting from tenth on the grid.

The two wins also meant that Drugovich takes a very healthy twenty-six point lead in the championship over ART Grand Prix’s Théo Pourchaire who went into round four as the championship leader.

MP Motorsport also lead the teams standings as well as the drivers with one hundred and eight points, twenty-three points ahead of ART Grand Prix in second place.

The weekend was dominated by the local youngster Théo Pourchaire after he took pole position as well as leading the Feature Race from start to finish en route to his first win in the second-tier of single-seater motorsport.

The Frenchman, who was just seventeen years of age at the time, became the youngest ever pole-sitter and winner in the history of Formula 2, snatching the record from McLaren Formula One driver, Lando Norris.

He noted that the biggest obstacle throughout the race is staying focused, saying “Tyre management is not so complicated at Monaco, it’s more mental management. When you have to do forty-two laps in the Feature Race it’s difficult physically, and also the stress is quite high.”

“Last year it was difficult to manage that because I was leading the race with all the pressure from the other guys behind. But that’s why we like Monaco!”

While it’s not secret that overtaking on the painfully narrow streets of the Circuit de Monaco is extremely difficult, Pourchaire feels that the exclusion of the second Sprint Race this season might get the driver’s to take more risks.

“I hope this year I will overtake someone in Monaco! There is the Sprint Race, which is not so important now. So, if I get the pole again, I will try to overtake someone. Maybe in La Rascasse, or maybe it’s possible on the exit of the Tunnel.”

“Overtaking is possible, but you need to be really brace and disconnect your brain.”

While it is a one of the most, if not the most, difficult circuits on the calendar, Pourchaire also recognises it’s place in the heart of single-seater racing.

“Monaco is a unique track, there’s no other track like it in the world. You have the seas just next to you, all the boats, all the big buildings. It’s Monaco, it’s so special.”

“It’s really complicated too; all the braking zones are really difficult.”

By Ashley Hambly
1 Mins read
The FIA F2 and FIA F3 promoters have announced plans for F2 and F3 to join the pinnacle of motorsport at the street circuit from 2023 onwards.
Formula 2

"It's about keeping the progression going" - Dennis Hauger

By Ashley Hambly
2 Mins read
After a difficult start for the 2021 F3 champion, Dennis Hauger looks like he has finally found his feet in the second-tier after back-to-back race weekend wins in the 2022 F2 season.