With the introduction of the British F3 International Series into the Sunoco Daytona Challenge comes a new leader, as double Monza race winner Felipe Nasr bested not only the remainder of the single seater field, but the GT racers of the Britcar British Endurance Championship.

With only the first and third races of the F3 weekend counting towards the Challenge Nasr – one of the pace setters in pre-season testing – took two wins and two fastest laps from the championships opening weekend.

The Brazilian was by far the best performer of the Challenge entrants in Italy. His Carlin teammate Rupert Svendsen–Cook won the weekend's second race from a reverse grid to help him to fifth in the F3 standings, but a fifth and an eighth place finish leave him outside of the top ten in the Challenge points.

In fact – despite a consistently strong showing from Carlos Heurtas in another Carlin car the only other F3 driver to break into the top ten after the first weekend was Will Buller.

Buller stunned the Carlin superteam by claiming pole position for the F3 weekend, notching up an early 20 points for each round in his Sunoco Challenge account. However, the Fortec Motorsport driver was one of several to miss the closure of the pit lane ahead of the first race, forcing him to give up his front row starting spot to start the race from the pitlane.

Buller was able to recover to finish the first race just off the podium – helped by a number of incidents and resulting safety cars to pick his way through the pack. 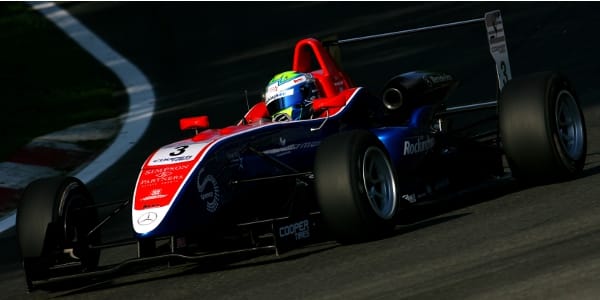 Will Buller took two F3 poles in Monza, but missed the podium in both Monza races

In the less glamorous surroundings of Rockingham, Northamptionshire, the British Endurance Championship was playing out its second under the sun.

Spaniard Javier Morcillo, who began the weekend leading the Challenge kept up his early pace with another pole position in the Azteca Motorsport Mosler. However, the 150 minute race was all about the Ferraris of Eclipse Motorsport and MJC.

After starting from the pitlane – something of an unwelcome theme for Challenge entrants over the weekend – after starter motor issues the Eclipse entry of Michael and Sean McInerney battled through the pack to take victory. The latter portion of the race saw a duel between Sean and Keith Robinson in the MJC entry, looking to add a second win to that he scored at Silverstone last month.

However, a late mistake as Robinson ran too close to the rear of McInerney's car resulted in the MJC crew falling short. The win means both McInerneys figure in the Challenge top ten with 50 points each – the 100 points for a win averaging out, under Challenge rules, across the two BEC rounds so far. Morcillo and co-driver Manuel Cintrano – also a Challenge entrant – rebounded from a slow start to pick up third, Morcillo also able to bolster his points tally with 20 points for the fastest lap. 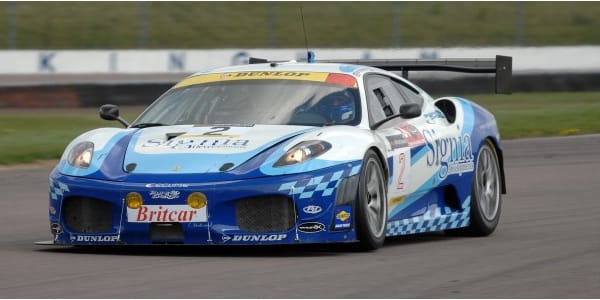 Michael and Sean McInerney triumphed in Britcar at Rockingham

Also coming up short at Rockingham were the Hawthorns Motorsport trio of Jay Shepherd, Jan Persson and Rod Barrett. Shepherd had put the team's Porsche 997 on pole among the GT Class 3 runners, but lost out to the similar Porsche of Eurotech in the race.

This weekend's racing will be the first for the Avon Tyres British GT Championship, bringing the Sunoco Daytona Challenge field up to full strength. The GT field will be run two hour long races at Oulton Park, where they will be joined by the F3 teams, back to racing in Britain after historic Monza.

By Michael Callander
2 Mins read
Fox Motorsport will return to the British GT grid in 2021 after a one-year hiatus, running a McLaren 570S GT4.