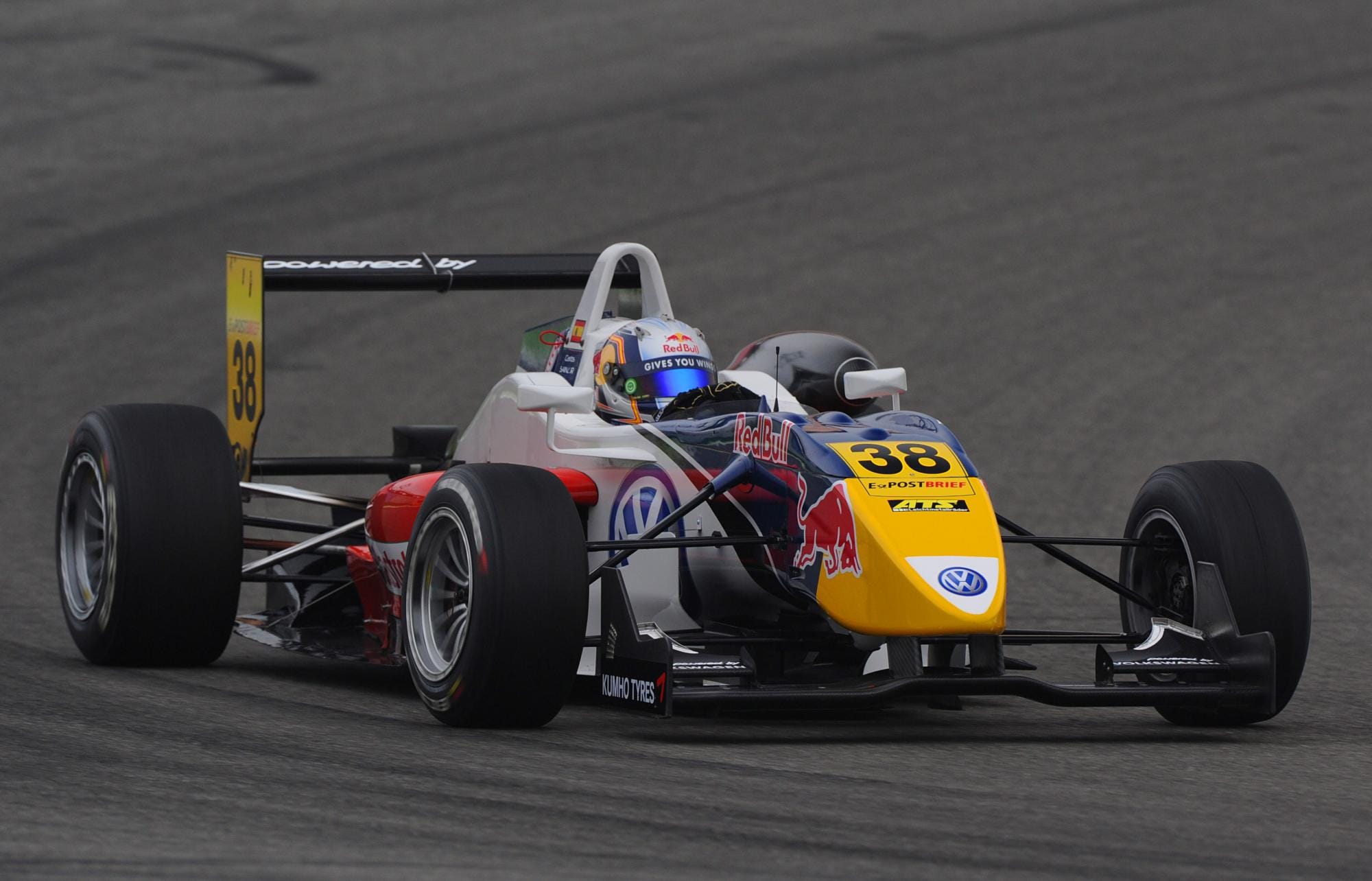 “I'm really looking forward to next year, it's going to be a challenge but I know I'm with the best team for British Formula Three.” Carlos said.

As yet another youngster on the Red Bull young driver programme, Carlos is keen to mimic the success of fellow Red Bull backed drivers and British F3 champions like Jean Eric Vergne and Daniel Ricciardo.

“I can't wait to take part in the series and hope to be challenging for wins like Jaime [Alguersuari],” Daniel and Jean-Eric did. I know that my first season will be difficult especially because there will be new cars next season, but I trust the team to develop the car as they have done in previous seasons and I'm sure if I work hard we will have a good year.”

Team owner Trevor Carlin, was also excited with his new signing – the team’s first concerning the 2012 season. “We've been watching Carlos for some time now and his natural talent and speed is clear to see. We're very proud that once again Red Bull has chosen to put one of their Junior drivers with us in British F3 and hope that we can achieve a similar level of success with Carlos over the next 12 months.

“Carlos has been extremely impressive in the small amount of testing he's done so far, but he is still very young and will stand a lot of intense competition from inside and outside the team next year, in what I think will be a very competitive season.”

Sainz Jr’s next F3 race will come at this year’s prestigious Macau GP on November 20th, though he is provisionally expected to contest with F3 Euroseries’ Signature team for the weekend, with whom he competed in the series’ 2011 finale in Hockenheim.