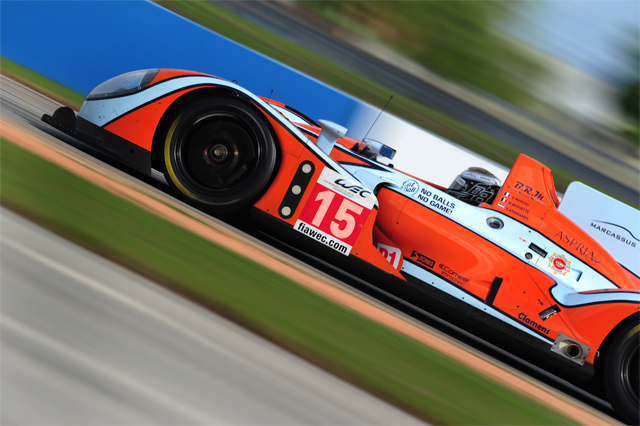 OAK Racing has high hopes of a strong finish at the six hours of Silverstone this weekend.

Following a lengthy summer break for the World Endurance Championship teams, the action recommences at Silverstone on Sunday ahead of the remaining five races in the 2012 season.

OAK enters two of its Morgans into the competitive LMP2 class, and is hopeful of a strong result in front of what should be a very large crowd at the home of British motorsport.

The two LMP2 cars come at the expense of the #15 LMP1 car which has suffered from frustrating engine problems in recent races. The team hopes that the car will re-join the LMP1 field at a later date.

Furthermore, following back injuries Guillaume Moreau sustained on Le Mans test day, the remaining two thirds of the team’s LMP1 car – Bertrand Baguette and Dominik Kraihamer will drive the #35 LMP2 car this weekend. They will be joined by accomplished gentleman driver David Heinemeier Hansson who has enjoyed recent success in the American Le Mans Series. The Dane has driven for the OAK team at Spa and Le Mans earlier this year.

Meanwhile, the driving duties for the #24 car in the other side of the garage will be shared by Olivier Pla, Matthieu Lahaye and team owner Jacques Nicolet.

“After scoring victory at Donington in the ELMS, our goal is to record our first WEC win. The 6 Hours of Silverstone will be the last race of the season held on a track that we know, which has its benefits. In addition, this circuit is ideal for fully exploiting the qualities of our car, as we showed with the LMP1 in 2011. I am particularly pleased to be joining up with the usual WEC crew and slipping back into the same habits,” Lahaye said.

“I’m really excited to be back behind the wheel of OAK Racing’s #35 Morgan-Nissan 2012 LMP2. I cherish my memories of the Le Mans 24 Hours in the very same car and am thrilled to be contesting the 6 Hours of Silverstone as part of a crew consisting of Bertrand Baguette and Dominik Kraihamer. I think we have every chance of scoring a very good result. It would be an honour for me to help the team maintain the momentum of their Donington victory,” Heinemeier Hansson explained.