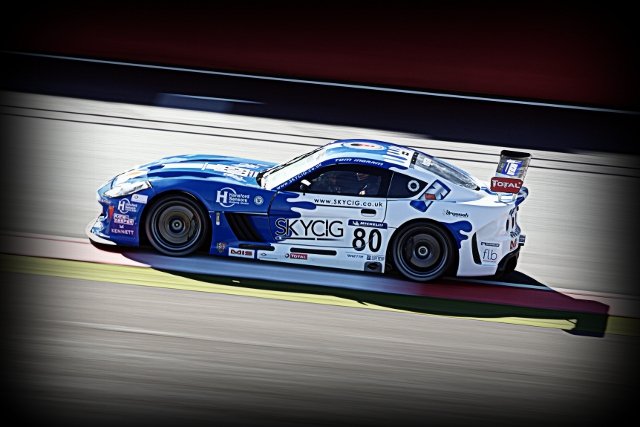 Coming off the back of the double victory I had achieved with JHR Developments at Rockingham, I was really excited to get to Silverstone to try to continue our run of form. I always knew it was going to be close there due to the National Circuit not being the most complex of layouts, so I was keen to establish a set-up on the car that would really work wonders.

The weekend before, I had attended the British Superbikes (BSB) meeting at Silverstone to support my fellow KX Akademy member Jack Groves. Jack races in the British Superstock Championship for Gearlink Kawasaki, and it was such a culture shock to see how these guys work and their attitude towards everything. I already had a lot of respect for bike riders after seeing what they do on the TV, but since being there and actually sitting on Jack’s bike, I now have far, far more respect for them still. Sheer nutters…

Back to the racing! Friday testing took place in mixed conditions, with the morning starting off greasy and the afternoon being very cold but dry. FP1 went well and we were matching the leading times in the greasy conditions, but then in the afternoon session we didn’t have quite the same level of pace. The dry conditions didn’t really suit what we had on the car, and that unfortunately was very much the story of the weekend. We just lacked that last little bit, and around the National Circuit, if you are a tenth or two off it really hits you hard.

On Saturday morning, it was a similar situation to the first session on Friday. To begin with, there were greasy patches on-track, and given that all of us were on slick tyres, it took quite a while to start to see the times drop – and then when they did, they really tumbled! I ended up P4, once again two tenths off – but the positive I could take from it was that my two title rivals Tom Sharp and Carl Breeze were both behind me.

We made a few changes between qualifying and race one to try to find some time, but still couldn’t make any significant progress. I had to drive very defensively in race one to hold off Sharp’s attack; I was losing almost three tenths of a second due to understeer through Copse, which meant I had to try and make up time through the rest of the lap. I ended up finishing were I had started – P4.

I spent the majority of the evening looking through data and talking with my engineer Nick and my mechanics Matt and Liam about how we could try to improve the car and what changes we felt would yield a difference. My team-mate Marcus Hoggarth and I went off cycling around the circuit on bikes later that evening still talking about the modifications we wanted to make and chatting about tactics and such like.

Sunday morning came and went, and as my race wasn’t until 12:25, it gave me a little time to sort of relax and watch some on-track action.

I was hoping that the changes we had made to the car were going to work and would enable me to get onto the back of the leaders, but after a good start and running side-by-side with Jake Hill for third, I was forced out wide as I attempted a move around the outside of Brooklands. That unfortunately dropped me down to fifth, where I stayed for the entire race.

Overall, it wasn’t a bad weekend but we just lost far too many points to the championship leaders. I am now 52 off heading into the final meeting at Brands Hatch, but for as long as there is still a chance of claiming the title, I’ll be trying my hardest as ever!

Thanks for reading my blog and if you want to keep up-to-date with what is going on, you can follow me on Twitter @TomIngram80 or at my website www.tom-ingram.com