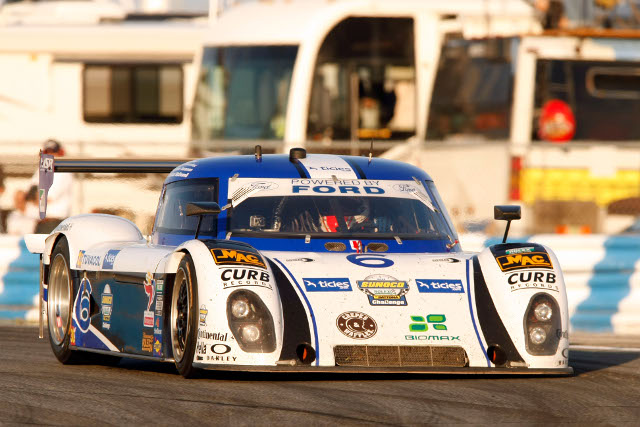 After scoring a surprise third place in 2012 as the winner of the Sunoco Rolex 24 at Daytona Challenge, Felipe Nasr is to return to Daytona International Speedway, joining Action Express Racing for the Rolex Series opener (January 26-27).

As well as winning the British Formula Three International Series in 2011 Nasr won the chance to drive at Daytona through the Daytona Challenge, joining Michael Shank Racing, teaming up with Michael McDowell, Jorge Goncalves and Gustavo Yacaman to finish third, as their MSR teammates won the race overall.

In preparation for his 2012 Daytona drive Nasr has tested with Action Express Racing which AXR team manager Gary Nelson explains was the start of the plan for Nasr to join them for the 2013 racing, driving one of the team’s Chevrolet Corvette Daytona Prototypes.

“Our plan to ask Felipe to drive an Action Express Corvette began 12 months ago,” he explained. “We had the opportunity to work with Felipe last December at Daytona during a two day test session and were very impressed with his ability to quickly transition from the cars he had been driving to our Daytona Prototype. Then later, in January, we watched closely from a few pits away as he drove a very smart race for Michael Shank Racing.”

“We are very excited that he accepted our invitation to join our team for the 2013 Rolex 24. Going to Daytona everyone at Action Express has the same attitude as Felipe, we expect to win!”

“I’m delighted to be returning to Daytona to drive with Action Express Racing at the 2013 Rolex 24,” said Nasr, who switched to Carlin for a second season in GP2. “After finishing third on my first attempt my goal is to win this prestigious race – with Action Express I believe we have a team capable of taking the top step of the podium!”

Nasr’s successor as Sunoco Challenge winner – Ivan Bellarosa – has followed in his footsteps, testing with Action Express Racing at Daytona International Speedway earlier this month in preparation for his prize drive in January’s race.

Which team Bellarosa races for will be announced shortly, before his return to testing at the official ‘Roar Before The 24’ test on January 4-6.