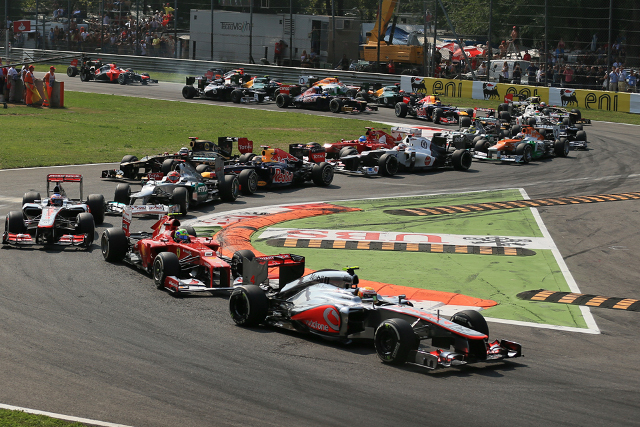 Next month’s Autosport International show (January 10-13) offers Formula One fans some winter warmth in the cold off-season months, with the vast majority of the 2012 grid of teams set to be represented on the show floor.

The show’s grid – as the final standings in the points – will be led by Red Bull’s RB8. As well as the Red Bull, which Mark Webber and Sebastian Vettel combined to give seven wins over the course of the season every race winning chassis of the year will be represented.

Ferrari’s F2012 – thrice a winner under championship runner-up Fernando Alonso – will follow the Red Bull, with representatives from McLaren, Lotus, Mercedes and Williams all be present.

Sauber’s 2012 C31 chassis and the Force India of Paul di Resta – one of the many high profile drivers who will star on the main stage – will also feature in the line-up, as will race cars from Scuderia Toro Rosso, Caterham and Marussia will complete the grid at Birmingham’s NEC.

“Autosport International is a must-attend event for all Formula One fans and the F1 Racing Grid is definitely a show highlight,” said show director Ian France. “It is an extremely rare opportunity for visitors to enjoy their favourite Formula One cars and this year’s offering will certainly impress new and dedicated fans alike.”