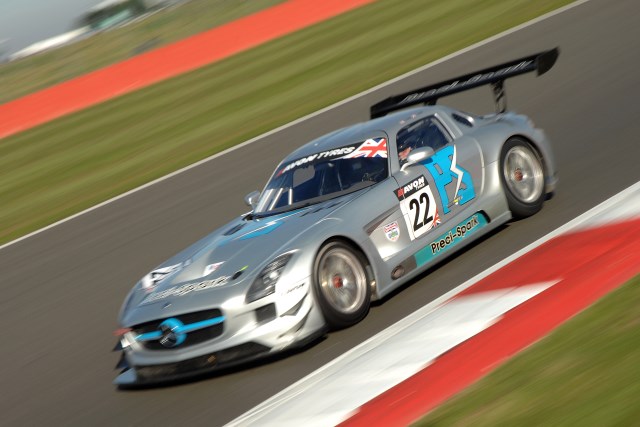 Single-seater giants Fortec Motorsport have announced they will compete in GT racing for the first time in 2013.

The Daventry-based outfit are intending to run a pair of Mercedes AMG SLS GT3 cars in either the Blancpain Endurance Championship or the Avon Tyres British GT Championship.

Trevor Foster will return to run the team, having been Fortec’s British F3 team manager between 1994 and 1996. Recently he has worked with the United Autosports GT team in Blancpain and British GT.

“I’m extremely pleased to be getting into GT racing,” said Fortec team owner Richard Dutton. “It’s a big step from single-seater racing but I’m confident we’re ready for it and having Trevor on board to look after the team will be a great start.

“Running the AMG SLS GT3 Mercedes was an obvious choice; we have a great relationship with the manufacturer and have used their engines for numerous years in our Formula 3 cars. This expansion marks a new chapter for the team and we can’t wait to get started.”

It will be the first time Fortec has competed outside of single-seaters, in which they have competed for seventeen years.

Fortec has built up a formidable reputation in the category, with 2012 seeing them secure three titles, including the Formula Renault 3.5 World Series with Robin Frijns.

By Nick Smith
2 Mins read
Stuart and Lewis Proctor will join family pairing Richard and Sam Neary in a battle of the dads and lads for the 2021 Intelligent Money British GT Silver Am Championship crown.